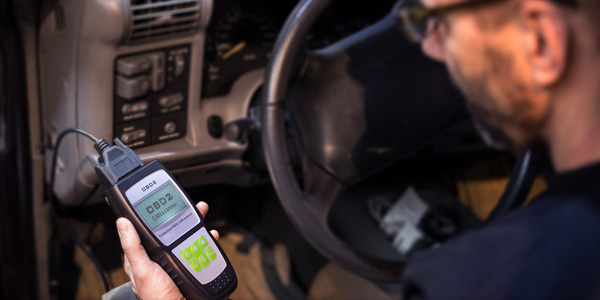 If the automakers convince federal legislators that they should be the ultimate gatekeepers of telematics data, it would be a crushing blow to the automotive aftermarket, participants in a recent Auto Care Association webinar asserted.

If the automakers convince federal legislators that they should be the ultimate gatekeepers of telematics data, it would be a crushing blow to the automotive aftermarket, participants in a recent Auto Care Association webinar asserted.

“I don’t care what step in the aftermarket you are – whether you work in distribution, manufacturing or sales – you will be affected by the car manufacturer being successful in convincing the government that they need to control this [data],” said Mike Fitzgerald, executive vice president and general manager of Irvine, Calif.-based Innova Electronics Corp., which makes aftermarket diagnostic equipment.

“It is probably the worst thing that could happen to the aftermarket in one single piece of legislation.”

Fitzgerald referred to the possibility as a “doomsday scenario.”

Colin Sutherland, executive vice president of sales and marketing for Oakville, Ontario-based Geotab, called this a “transformative time” for telematics technology. However, he echoed the concern that the automakers are coveting the data transmitted through vehicles’ OBD II ports.

“The reality is that the car manufacturers are trying to do everything in their strategic vision to restrict our access to diagnosing cars using the tools that they produce and provide for themselves,” Sutherland said.

With the average age of vehicles at 11.6 years old – right in the sweet spot of the automotive aftermarket – the ability to have real-time access to data on vehicle health and performance is a massive opportunity for repair shops, parts suppliers and other aftermarket stakeholders, Sutherland added.

“There’s tremendous reason why we want to preserve our rights to have aftermarket technology connect to the vehicle to identify that a vehicle needs to be repaired and to then schedule that vehicle for service at a local garage,” Sutherland said. “But the OEMs obviously don’t see that in their roadmaps. It’s probably quite the opposite.

“ … The mindset is quite troubling that the OEM is valuing the data coming from the [OBD II] port, and if there’s money to be made in the data, you can be sure that the OEM is going to try to create a method to be part of that financial transaction somehow through restricting access instead of making it available.”

“We need that real-time data – while the car’s moving many times – and we spend a lot of time test-driving because you have to put [the vehicle] in a real-life circumstance,” Myers said. “The car doesn’t break sitting still. Usually it breaks while it’s being driven. So we need access to that data. Without that access, we would be very limited on the repairs we do, which would trickle up to what we buy from our parts suppliers and the manufacturers, because we can’t fix what we’re not allowed to get information on. You need that information to get the right conclusion and the right diagnosis.”