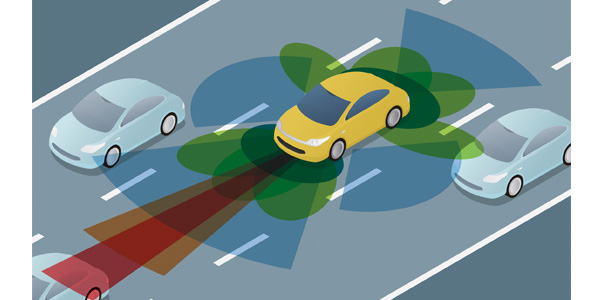 A new survey from AAA finds 40 percent of Americans expect partially automated driving systems – with names such as Autopilot, ProPILOT and Pilot Assist – to have the ability to drive the car by itself.

The survey points to a gap in consumer understanding of advanced driver-assistance systems (ADAS) and reality, AAA concludes.

AAA also tested ADAS technologies and found they’re not designed to take over the task of driving and can be significantly challenged by everyday, real-world conditions such as poor lane markings, unusual traffic patterns and stationary vehicles.

As this type of technology becomes more commonplace on the road, AAA cautions consumers not to take vehicle-system names at face value. Although ADAS technologies are designed to assist in the task of driving, they should never be used as a replacement for driver engagement.

“With today’s exciting advances in vehicle technology, there is a greater need for naming that clearly signals to a driver what the system does,” said Greg Brannon, AAA’s director of automotive engineering and industry relations. “Vague or confusing terminology may lead someone to overestimate a system’s capability, unintentionally placing the driver and others on the road at risk.”

In partnership with the Automobile Club of Southern California’s Automotive Research Center, AAA tested four vehicles equipped with systems that combine technologies such as adaptive cruise control and lane-keeping assist to help maintain lane position, forward speed and following distance in relation to a lead vehicle. Closed-course and on-road testing evaluated performance in typical driving situations where the technology generally behaved as expected.

However, there were a number of instances in both environments that caused these systems to act in an unpredictable manner, requiring driver intervention to avoid a potential collision.

AAA’s study also revealed that nearly 90 percent of events requiring driver intervention were due to the test vehicle’s inability to maintain lane position. The irregular and complex nature of the real-world driving environment revealed the vulnerabilities of this technology.

During closed-course testing, common driving situations were simulated such as staying within the lane at 45 mph, following a distracted or impaired driver, encountering a commercial vehicle (for example, a tow truck) or contending with a vehicle that suddenly changed lanes to reveal a stationary vehicle. All test vehicles were able to successfully maintain lane position as well as recognize and react to the presence of the tow truck with little to no difficulty.

However, in the scenario where a lead vehicle changed lanes to reveal a stationary one, three out of the four test vehicles required driver intervention to avoid an imminent crash. In general, this scenario is a stated limitation of these systems. However, it’s a relatively common occurrence on roadways and could take those drivers by surprise who have become too reliant on the technology.

“Both real-world and closed-course testing exposed separate yet equally serious limitations with these systems,” said Brannon. “It reinforces that there is still much work to be done to educate consumers on the nuances between system names and functionality and that it is much too early to refer to these vehicle technologies as automated.”

Drivers Need to Educate Themselves

In order to reduce the misuse of partially automated vehicle systems, AAA encourages drivers to educate themselves by requesting a demonstration at the dealership as well as thoroughly reading the vehicle owner’s manual. As the technology becomes more prevalent, standardized naming across vehicles that clearly reflects how technology functions will be necessary, AAA contends.

:Greater consistency across the industry will help consumers understand the type of technology their vehicle has along with how, when and where to use these systems,” AAA adds.

To assess the capabilities of partially automated vehicle systems, AAA conducted primary research with the Automotive Club of Southern California’s Automotive Research Center in Los Angeles. Track testing was conducted on closed surface streets on the grounds of Auto Club Speedway in Fontana, California, and was rented by AAA for independent testing. Public-highway evaluation was conducted on surface streets, highways and limited-access freeways throughout the greater Los Angeles area.