In this interview from our sister publication, aftermarketNews.com, Hughes updates us MAHLE’s acquisition of RTI technologies and talks about the company’s new and award-winning products. 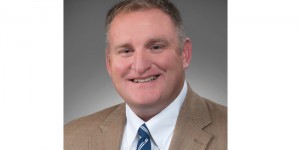 Ted Hughes, AAP, is head of marketing in North America for MAHLE Aftermarket Inc. Hughes leads the marketing department with responsibility for promotions, public relations, advertising, motorsports programs and the advancement of all electronic and Web-based activities. He recently celebrated 15 years with the company. In this interview from our sister publication, aftermarketNews.com, Hughes updates us MAHLE’s acquisition of RTI technologies and talks about the company’s new and award-winning products.

It’s been a little over two years since MAHLE acquired RTI Technologies and renamed it MAHLE Service Solutions. Bring us up to speed on some of the changes that have taken place as a result of the integration.

As nearly everyone in this industry knows, “acquisition” is a very sensitive word. I have been on both sides of the equation, and both sides have had ups and downs. The team in York, Pennsylvania, far surpassed our expectations on the integration side. Certainly there were lingering challenges that kept presenting themselves, but the team worked together utilizing the MAHLE culture to resolve them as quickly and as positively as possible. The MAHLE acquisition of what was RTI Technologies in January 2013 signaled the beginning of a new chapter for MAHLE. While MAHLE, today, measures more than $13 billion in global revenue, the aftermarket business accounts for $1 billion of that. The leadership organized key growth areas, and while aftermarket was certainly a major one, the tool and equipment industry was a major part of that. The opportunity with RTI, while perhaps a tad earlier than we wanted, presented the perfect place to gain entry into this market segment. The two years since the acquisition was finalized have been eventful to say the least. We completed a successful re-branding to MAHLE Service Solutions, which now encompasses much more than just the ArcticPRO, FluidPRO, and NitroPRO brands; it also includes the brand new TechPRO diagnostic scan tool set to hit the market in the next couple of months.

Speaking of TechPRO, at AAPEX last fall, the company made a big splash with the launch of TechPRO, describing it as a “game-changer” for the industry. Tell us a bit about the product, what makes it unique and when will it be available?

We introduced TechPRO to the industry at AAPEX 2014 in Las Vegas and had great feedback from technicians who stopped by our booth to participate in TechPRO demos. Our work over decades of providing diagnostics to OEMs for end-of-line manufacturing test systems really helped us bring that same speed and stability to an aftermarket scan tool for the first time. We touted TechPRO as a “game-changer.” We really believe that it is the most technologically advanced device available for professional technicians. One feature that technicians have raved about is the tool’s versatility. It’s easy to take TechPRO into the bays because it is software-based. The vehicle communication interface (VCI) and software can be used with a technician’s current desktop, laptop or tablet, so it’s very portable. TechPRO also eliminates the need to buy or lease extra hardware. Plus, regular vehicle data and software updates are downloaded automatically and seamlessly via the Internet. The other thing that techs are excited about is TechPRO’s speed – it can decode a vehicle identification number (VIN) in mere moments with just one click. TechPRO will be available for purchase later this year.

The company’s ArcticPRO ACX1280 machine received the “Best Use of Technology” new product award at the 2015 Mobile Air Conditioning Society (MACS) Worldwide Trade Show. What is it about this machine that sets it apart from the competition?

MAHLE never sets a goal to be “as good” as any of the competitors. If we cannot bring something to the market that is better than what is currently there – we will not enter the market. In the case of the ACX1280, we certainly believe that we have the best RRR device in the industry – and it is great to see that the industry accolades are coming in to substantiate our feeling. The ACX1280 complies with all applicable performance and safety requirements set forth by the SAE J2843 standard. A multitude of automated features save time for technicians, giving them the ability to step away from the machine to work on other tasks.