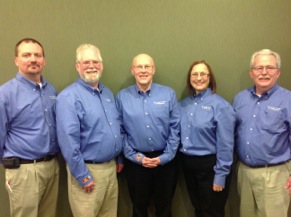 The top performers were honored at the company’s Manager’s Meeting, held Jan. 14 in Ankeny, Iowa.

SPENCER, Iowa – Arnold Motor Supply, headquartered in Spencer, Iowa, recently recognized the top performers in the Retail Store Division of The Arnold Group of Companies for 2013. The top performers were honored at the company’s Manager’s Meeting, held Jan. 14 in Ankeny, Iowa.
The Top 5 Awards recognize the top producers company-wide in both sales and the percentage increase of sales.

The Top Performers in Sales are:
First Place – AMS Spencer
Second Place – AMS Muscatine
Third Place – AMS Fairfield
Fourth Place – APW Omaha
Fifth Place – AMS Sioux City
Also recognized were the 2013 top performers for all divisions of The Arnold Group of Companies. The Top Division award for both sales and percentage of increase in sales recognize the top producers company-wide in both of those categories. 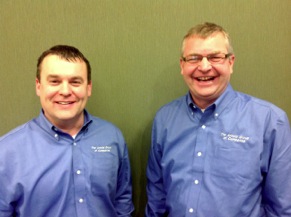 Industrial Paint Solutions (IPS) in Spencer, Iowa, received the Division Leader award in the category of Top Sales. Terry Hammer is the manager of the IPS Division.

The Auto Refinish Solutions (ARS), also in Spencer, received the
Division Leader award in the category of Top Sales Increase. Brad Edwardson is the manager of the ARS Division.

Arnold Motor Supply was started in Spencer, Iowa, in 1927 by E.P. Arnold and is one of the largest partnerships in the United States with stores in Iowa, Minnesota, Nebraska and Missouri. The Arnold Group of Companies is comprised of five divisions and two distribution centers covering stores in five states, serving 58 company stores and 35 independent Auto Value and non-aligned jobbers. Nineteen company retail stores have complete machine shops.