Virtually anything that affects the operation of the engine, ignition or fuel system can affect emissions. This includes a bad sensor, a fouled spark plug, defective ignition coil, dirty fuel injectors, low fuel pressure, engine misfire, etc. On 1996 and newer vehicles, the Onboard Diagnostic II (OBD II) system monitors the engine management system as well as most of the other emission controls to make sure the vehicle is operating cleanly within federal emission limits. The OBD II system runs various “monitors” to check up on all of these systems, and turns on the Check Engine light and sets a diagnostic trouble code (DTC) if it finds any problems that might cause an unacceptable increase in emissions. Reading the code with a scan tool will reveal the nature of the fault, and provide a starting point for further diagnosis to determine if any parts need to be replaced. 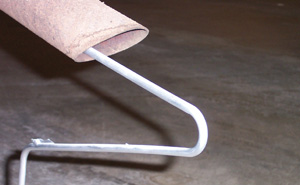 An oxygen sensor code may indicate the need to replace an aging or fouled oxygen sensor. A lean code or misfire code, on the other hand, does not indicate which part may need to be replaced. It only tells you a problem exists, but not what is causing the problem.

Many states now use a plug-in OBD II test to determine a vehicle’s emissions compliance, rather than an actual tailpipe emissions test. A vehicle cannot pass an OBD II emissions test unless all of its monitors have run and completed, and no faults have been found (no check engine light and no DTCs in the computer’s memory).

The PCV system prevents blowby crankcase vapors inside the engine from escaping into the atmosphere. It does this by recirculating crankcase vapors through the PCV valve back into the intake manifold so they can be reburned. As an added benefit, PCV also helps remove moisture from the crankcase to prolong the life of the oil and prevent the formation of engine-damaging sludge. The PCV valve is usually located in a valve cover, and is attached to the intake manifold by a hose. Recommended replacement interval is typically 50,000 miles. PCV valves have different flow characteristics, so make sure your customer gets the correct replacement for his engine.

The EGR system reduces the formation of oxides of nitrogen (NOX) in the engine by reducing peak combustion temperatures. This also reduces the risk of engine-damaging detonation (spark knock). The EGR valve, which is mounted on the intake manifold, recirculates exhaust gas back into the intake manifold when the engine is under load. Older EGR valves are vacuum-operated, but many newer ones are electronic.

Loss of EGR due to valve failure, a vacuum leak, electrical fault or a buildup of carbon under the EGR valve can result in increased emissions and detonation. An EGR valve that fails to close can act like a vacuum leak, causing the engine to misfire and run roughly. EGR valves have different flow rates, so the replacement must be the same as the original.

The EVAP system prevents the escape of fuel vapors from the fuel system and fuel tank. Fuel vapors are vented to a charcoal-filled storage canister, and are then vented into the engine through a purge valve to be reburned when the engine is running. The OBD II system monitors vapor leaks by slightly pressurizing or applying a small vacuum to the fuel system. If it detects a leak, it will set a code and turn on the Check Engine light. A common cause of this type of fault is a gas cap that does not seal tightly or is missing.

The catalytic converter is an “afterburner” that reburns pollutants in the exhaust. The catalyst triggers chemical reactions to reduce unburned hydrocarbons (HC), carbon monoxide (CO) and oxides of nitrogen (NOX). The catalyst can be contaminated by lead (leaded gasoline), silicates (from internal engine coolant leaks) or by phosphorus (oil burning), reducing its efficiency. The OBD II system uses a “downstream” oxygen sensor in or behind the converter to monitor its operation. If converter efficiency drops below a certain threshold, it will turn on the Check Engine light and set a catalyst code. This usually means the vehicle needs a new converter.

Converters also can be damaged by overheating if an engine is misfiring or burning oil. An overheated catalyst may get so hot that it melts, forming a partial or complete blockage in the exhaust system. The increase in backpressure can cause a dramatic loss of power or even stalling.

Replacement converters must be the same as the original, and OBD II certified if it is being installed on a 1996 or newer vehicle. The converters on new vehicles are covered by an eight-year/80,000-mile federal emissions warranty. Aftermarket converters have a two-year/24,000-mile warranty. Street-driven vehicles that were originally equipped with a converter must have a functional converter to be emissions legal. It is illegal to replace a converter with a straight pipe on a street-driven vehicle.