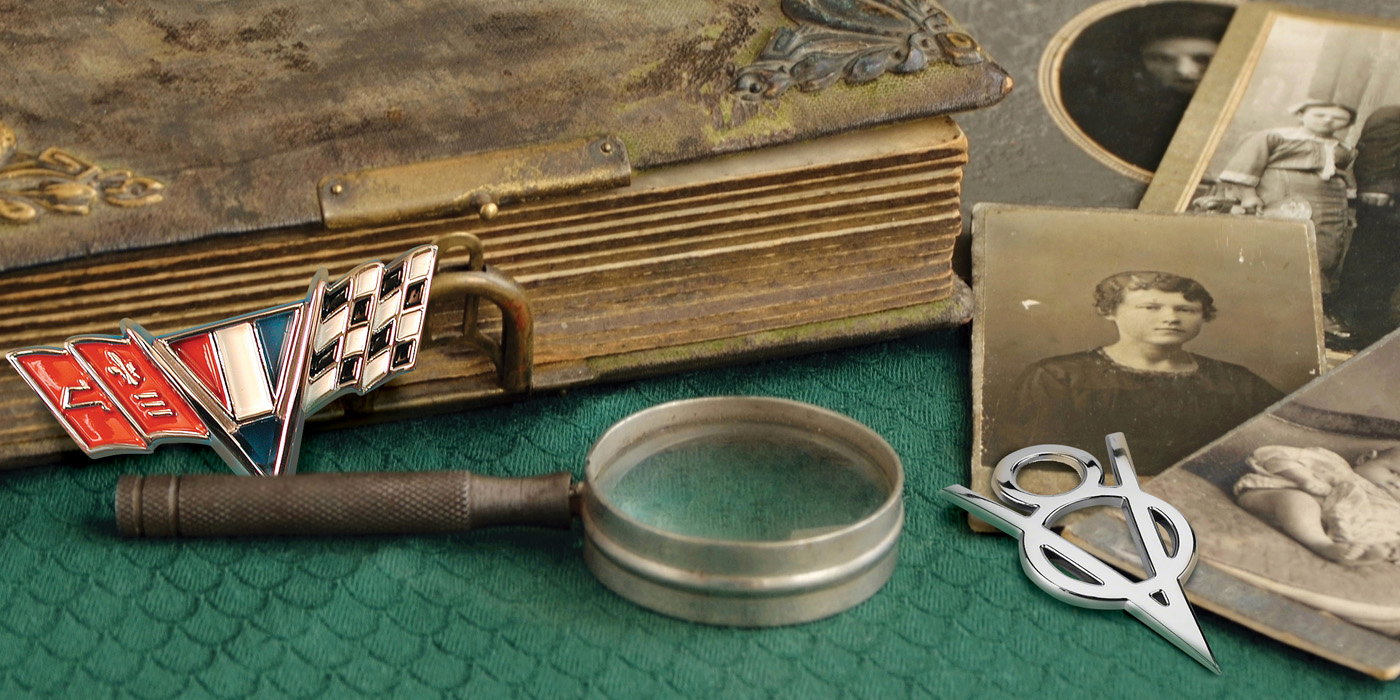 Exploring the histories of the brands we service every day.

Genealogy is a popular pastime for many, as people explore their family’s history and discover where they came from and how they’re related to others. Learning about our ancestors can be surprising too – discovering long-lost relatives or hidden family secrets. The automobile has shaped generations of our families’ lives, but how have the generations shaped the lives of the automobile?

“The Big Three” – GM, Ford and Chrysler – each have their own individual histories, but they really aren’t as individual as you might think! At the turn of the 20th Century, there were dozens of small automobile companies, many of which only survived a few years on their own before being absorbed by larger organizations. When partnerships dissolved or entrepreneurs found themselves squeezed out of their own companies, many of them started over again, often competing against the companies they had already created.

Henry Ford is considered one of the most successful manufacturers of the early era, but the Ford Motor Co. we know today was actually Henry’s third attempt at building an auto empire. His first attempt produced just a dozen vehicles before it folded, and he was dismissed from his second venture (the Henry Ford Co.) within two years.

The remnants of the Henry Ford Co. became Cadillac (named for the French explorer who founded Detroit), under the leadership of Henry Leland. Leland sold Cadillac to General Motors in 1909, and worked there as an executive until he left in 1917 to found luxury rival Lincoln. In 1922, Lincoln became the luxury division of Henry Ford’s third auto company, the Ford Motor Co. Ford and Lincoln were joined by Mercury in 1938, under the leadership of Henry’s son, Edsel. The Mercury name lasted until 2011, far longer than the car named in honor of Edsel. (The Edsel was produced for only three model years: 1958-1960).

Meanwhile at GM, William Durant had begun gathering up companies, beginning with Buick and Oldsmobile in 1908, then Cadillac, GMC and Oakland (later to be renamed “Pontiac,” after a local Native American chief, whose image served as the division’s logo until the 1950s) in 1909. Durant, like Henry Ford, was eventually removed from his own company, and went elsewhere to continue building cars. He teamed up with Swiss race car driver Louis Chevrolet in 1911, and by 1916, had merged Chevy back into GM, and regaining the presidency of the company he’d been asked to leave!

It didn’t last long, however, as Durant was given the boot for the second (and final) time in 1920. GM’s lineup would remain as essentially the same six divisions until 1991, when Saturn became the seventh planet in the GM universe. In 1998 and 2000 respectively, Hummer and SAAB were acquired. Both of these companies started out manufacturing military vehicles (SAAB was originally an airplane manufacturer!). Sadly, it wouldn’t be that long before Saturn, Oldsmobile, Pontiac, Hummer and SAAB were all killed or sold off.

Walter P. Chrysler got his start in the auto industry working for GM in 1911, and by 1916 had become president of the Buick Division. After only three years, Chrysler left Buick to restructure Willys-Overland, a company that would later make its mark with the iconic Jeep during World War II. Walt wouldn’t be around to see Jeep become part of his auto empire (he died in 1940), but early acquisitions under his own brand included a company created by John and Horace Dodge. The Dodge brothers, like so many other automotive engineers, had grown tired of working for other manufacturers. (The Dodges supplied engines to Ford, as well as transmissions to “pre-GM” Oldsmobile in the early 1900s). They created their own vehicle brand in 1913, but both brothers passed away in 1920. Chrysler, who started his namesake company in 1926, acquired Dodge in 1928.

Ford may have helped give the Dodge brothers their start, but Ford’s greatest gift to Chrysler was firing Lee Iacocca. Lee had been a Ford engineer, generally considered the “father” of the original Mustang, before reaching the presidency of Ford in 1970 (the same year AMC acquired the Jeep nameplate). In 1978, Iacocca was let go from Ford, but was quickly hired “across town” to rebuild the failing Chrysler Corp. After successes with the K-car and Dodge Caravan, Iacocca made the controversial decision to purchase AMC in 1987, reuniting the Jeep (Willys) and Chrysler names.

America has long been considered a “melting pot,” with many different cultures, traditions and heritages becoming one identity. The origins and intertwined histories of these major manufacturers we all know and (sometimes) love just goes to show that today’s American automobiles are a lot like the Americans who drive them. Their family trees have deep roots, many branches and some of them are full of nuts!