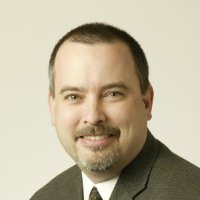 David Prater has been named president of the group, succeeding Mike Lambert, who retired earlier this year.

Prater started with Parts Plus in 1984 and went on to serve as director of product and senior vice president. After Lambert stepped down in April, Prater was named interim president until the membership could meet and vote to fill the position, as mandated by the group’s bylaws.

“I worked closely with Mike for several years, so I learned about this industry from the best,” Prater says. “I’m confident this will be a seamless transition as the Network continues to build on the strong foundation and successful strategies that defined Mike’s two-decade run as president.”

“As a member-driven group, the Network prides itself on embracing change,” Segal says. “I look forward to working with David Prater to develop new strategies that will continue to help increase the group’s bottom-line profits.”

All 53 of the Network’s shareholders from the United States, Canada and Mexico were on-hand for the meeting, along with more than 100 of the Network’s valued manufacturer partners. During the gathering, the Network also introduced new committee members and reviewed the latest product, marketing and IT initiatives.

Operating under the brands of Parts Plus, Parts Plus Mexico, IAPA and Auto Pride, the Automotive Distribution Network is one of the largest, most diverse program groups in the industry.