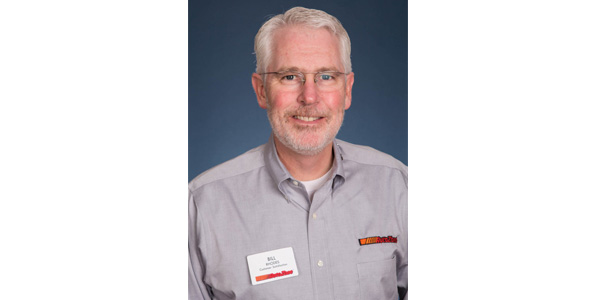 AutoZone CEO Bill Rhodes said it’s “too early for us to know the implications” of the tariff increase on the $200 billion worth of Chinese goods.

AutoZone just reported strong sales numbers for its fiscal third quarter. But with the cloud of a trade war hanging over the U.S. economy, AutoZone CEO Bill Rhodes made a point to talk about tariffs during the company’s May 21 conference call.

With trade negotiations between the United States and China at an impasse, President Trump earlier this month ratcheted up previously imposed tariffs on $200 billion worth of Chinese goods from 10% to 25%. Meanwhile, the Trump administration is mulling tariffs on imported automobiles and auto parts, a potential action that the Motor & Equipment Manufacturers Association vehemently opposes.

Rhodes said it’s “too early for us to know the implications” of the tariff increase on the $200 billion worth of Chinese goods, which cover nearly 6,000 product subcategories.

“That said, if we do in fact experience higher costs, it will be our intention to pass those higher costs on to our customers, as has been our practice, and our industry’s practice, for some time,” Rhodes added.

Since many products in the auto parts sector are “commodity-based products,” dealing with sudden price spikes in components or raw materials is nothing new to the company, Rhodes said.

Responding to a question from an analyst, Rhodes acknowledged that AutoZone has “significant exposure to products that are sourced from China, whether we do it or somebody else does it.”

“We have a significant amount of products that come out of China,” Rhodes said. “We don’t direct import a ton – less than 10% – but we have a lot of importers that bring it in from China, and then you also have a lot of our products where the components are being manufactured in China and the products are being assembled here.”

Rhodes also expressed the company’s concern about the tariffs in general.

“Let me be the first to say we are not pleased about the tariffs,” Rhodes said. “We are concerned about what that would do, not so much to AutoZone or our business, but more to what it would mean to the U.S. economy. But we have a strong history of being able to say, ‘OK, we can pass those on to our customers.’ It’s one of the beauties of being in a relatively inelastic-demand business.”

Advertisement
In this article:China, Tariffs

O’Reilly Q3 Sales Up 9%
Connect with us