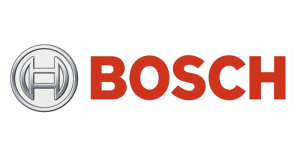 BROADVIEW, Ill. – Robert Bosch LLC has announced the addition of 18 new SKUs in the month of June to its aftermarket product lineup. Additions were made to the braking, rotating machine, spark plug and fuel pump product lines.

Bosch Blue Brake Pads feature OE-style, multi-layer shims that provide superior noise dampening characteristics. They’re designed to deliver quality and performance and are ideal for the shop owner who is a “generalist” and is looking to provide customers with the best value. Bosch Blue Brake Pads come towel-wrapped on select applications for added protection and value. The material used is similar to the shop towels that technicians use on a daily basis when working on their customers’ vehicles.

Bosch remanufactured starters and alternators are built with top-quality materials using the most advanced technology to withstand extreme heat, cold and high demand. They are 100 percent performance-tested to last longer and deliver more reliable service.

Manufacturing innovative, state-of-the-art spark plugs for over 112 years, Bosch continues to expand the product line, adding five new SKUs in the month of June. The new product numbers, which are now available, include one OE fine wire double iridium plug, one double iridium pin-to-pin plug, one OE/specialty iridium plug, one nickel-yttrium copper core plug and one nickel copper core plug. Through the addition of these new part numbers, coverage is extended to an additional 2.6 million Asian and European vehicles in operation in the U.S. as well as motorcycle and powersport applications.

The new motorcycle and powersport part numbers extend coverage for models including the Harley-Davidson 1974-1978 Shovelhead, 1984-1999 Evolution 1340, and more.