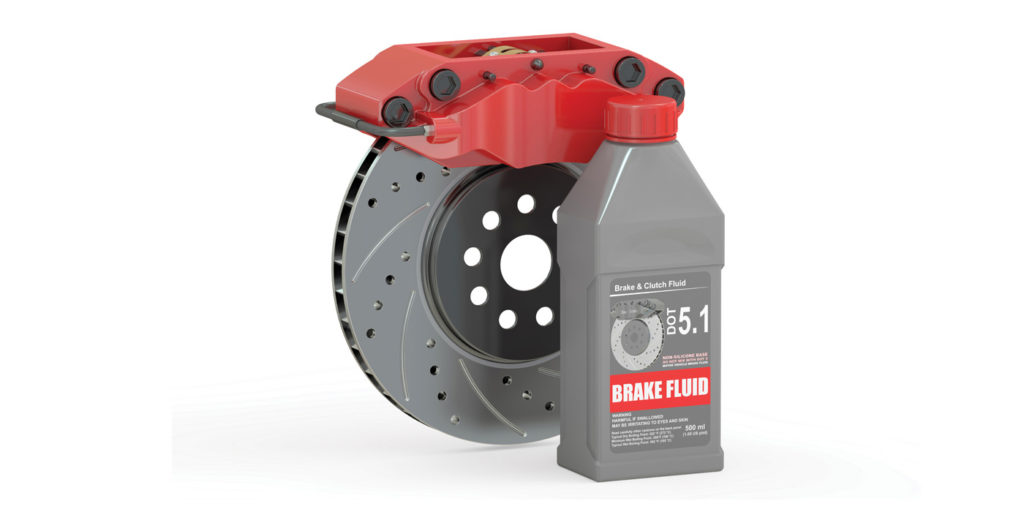 Brake fluid is one of the most neglected fluids under the hood of a vehicle. Rarely will a customer ask for a shop to flush it, and shops are reluctant to sell the service unless there’s a problem or it’s tied to a brake repair. But, fresh brake fluid can protect some of the most important components on a vehicle.

When does brake fluid go bad? It’s a difficult question that differs depending on the automaker, type of brake fluid and brake system. For brake-fluid replacement in the field, it’s not about when but why.

Visual inspection of the fluid can be extremely misleading. The color of brake fluid can vary from clear to shades of blue. Even if the brake fluid is discolored or cloudy, it might still meet the system’s performance requirements. The brake fluid in the master-cylinder reservoir can have a far different appearance than the fluid contained in the calipers. But, if you can see debris in the fluid with your naked eye, it could be a sign rubber in seals or hoses is starting to degrade. Or, it could be the customer left the cap off the reservoir.

Replacing brake fluid requires more tools and skills than changing oil. Old-school methods like the two-man manual or gravity bleeding still work, but they’re not efficient at replacing large volumes of brake fluid in a short period of time.

Machines that can power or pressure-bleed a system can make a fluid flush as efficient and profitable as possible and remove all of the air from the system. These machines are changing because of ABS and stability-control systems. In the past, only 15 to 30 psi was required to pressure-bleed the system. Some new systems may require 50 to 60 psi to bleed or flush the system.

The other bleed or flush procedure that’s often ignored is using a scan tool to actuate the hydraulic control unit. The worst fluid is trapped in the ABS valves and passages due to its non-integral design. Your DIFM customers never should feel bad about recommending brake-fluid replacement if they have the right tools to test and flush the brake fluid. It’s cheap insurance that will protect the vehicle’s hydraulic components.