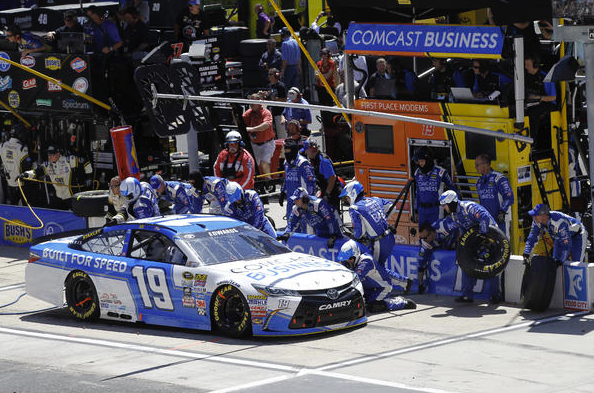 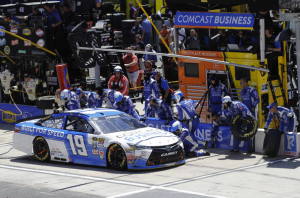 BROADVIEW, Ill. – Carl Edwards drove his Bosch-equipped No. 19 Comcast Business Joe Gibbs Racing Toyota Camry into victory lane at the Food City 500 at Bristol Motor Speedway on Sunday, securing his first win of the 2016 NASCAR Sprint Cup Series season. Starting from the pole for the second consecutive week, Edwards led 276 of 500 laps during the race. In recognition of Edwards’ Sprint Cup Series victory, the Bosch Automotive Aftermarket NA Giving Track Program is making a $1,000 charitable contribution to Speedway Children’s Charities. To date in 2016, Bosch has contributed $8,000 to the charities of its sponsored teams, $5,000 of which has been earned by Joe Gibbs Racing teams.

Speedway Children’s Charities works to help children in educational, financial, social and medical need in order to help them lead productive lives. Providing funding for hundreds of non-profit organizations throughout the nation that meet the direct needs of children, Speedway Children’s Charities believes that every child should have the same opportunities no matter what obstacle they are facing.

“Maintaining a commanding presence throughout Sunday’s race, Carl displayed resolve and confidence as he claimed his first victory of the season,” said Tony Pauly, director of advertising and brand management for Robert Bosch LLC, Automotive Aftermarket North America. “We are proud to support some of the best teams in motorsports including Joe Gibbs Racing with Bosch parts and services, and through charitable contributions to the organizations of their choice through the Bosch Giving Track program.”

Bosch involvement in motorsports dates back to the early 1900’s, and it has been equipping NASCAR teams with parts and technical advice since 1991. In 2012, when the NASCAR Sprint Cup Series made the move from carbureted engines to more efficient fuel injected engines, Bosch became the sport’s exclusive oxygen sensor supplier. Beginning in 2016, Bosch has expanded its agreement with NASCAR to include fuel injectors and fuel pumps.