According to David Hirschhorn, director, brand management, “The complicated engines used in some of today’s vehicles create very harsh environments and start/stop technology places much more demanding loads on the belt drive than those experienced by vehicles without these systems. The ContiTech SILENT GRIP and ContiTech TOUGH GRIP stop/start system belts incorporate a special technology to overcome these issues and meet stringent OE requirements for new vehicle production by Audi, BMW, Chrysler, Dodge, Jeep, Volvo, and Volkswagen.”

Reduces System Noise
To help minimize the belt drive noise from start/stop systems, ContiTech SILENT GRIP belts feature an extra layer of rubber with a Teflon coating and textile fabric on the rib side of the belt. The belts are available for use on popular model year and engine applications for BMW ACTIVEHYBRID 5 and 7; Volvo S60, C30, C70, S40, V50, and S60; Audi A3; and Volkswagen Beetle, Golf, Jetta, and Passat.

Withstands Harsh Environment
To offset the harsh environments created by today’s engines and withstand the demanding loads placed on drive belts by start/stop technology, ContiTech TOUGH GRIP belts feature an extra layer of cotton on top of the rubber on the rib side of the belt. The belts are available for popular model year and engine applications on Chrysler 200, 300, and Town & Country Van; the Dodge Durango, Charger, Challenger, Avenger, Grand Caravan, and Journey; the Jeep Grand Cherokee; the Ram C/V; and the Volkswagen Routan.

Easy Online Lookup
In addition to the 2014 ContiTech Domestic Catalog, the ContiTech catalog can be accessed as a downloadable PDF from the CRP Automotive website, www.contibelts.com. An application look up is also available on CRP’s online application catalog, Show Me the Parts at www.showmetheparts.com/crp/. 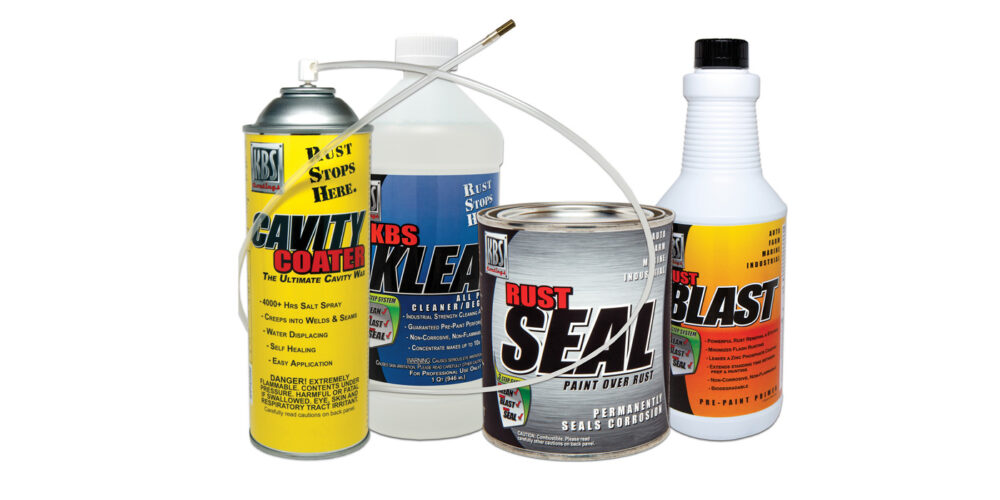 The easy-to-use DIY kit employs the KBS 3-Step System combined with KBS Cavity Coater to prepare and coat up to 50 square feet of metal, according to the company.