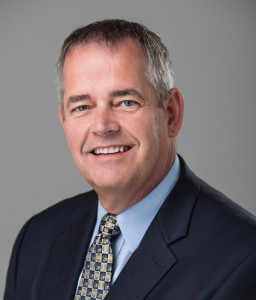 After a nearly two-year battle with cancer, Rammel passed away on Sept. 26, at the age of 61.

Dayco announced it has established the Ed Rammel Memorial Scholarship Fund through the University of the Aftermarket Foundation, funded by Dayco in memory of its late president of the North American and Australian Aftermarket.

After a nearly two-year battle with cancer, Rammel passed away on Sept. 26, at the age of 61. Rammel started his career in 1975 with the Dayton Tire and Rubber Co. and had more than 35 years of experience in the automotive aftermarket. He joined Dayco in 1985 as an associate in the finance department. In 1989, he transferred to the marketing department and in 1995, Rammel was promoted to the position of vice president of marketing. In 2011, he was again promoted to the role of president of the North American and Australian Aftermarket, a position he held until his passing.

“Ed had a positive impact on the entire automotive aftermarket and had a great balance of intensity, intelligence and humor with a deep love and passion for all the people he touched during his time with us,” said John Bohenick, CEO for Dayco. “This scholarship is a fitting tribute to Ed and his many contributions to Dayco and the automotive aftermarket.”

During his time in the industry, Rammel was active in trade associations, served on several committees, and was on the board of trustees for the University of the Aftermarket Foundation and was chairman of the Education Committee. He was a frequent speaker at major industry events and a strong supporter of the adoption of aftermarket data standards.

Dayco will be accepting donations for the scholarship fund AAPEX 2016, Nov. 1-3, at the Sands Expo in Las Vegas. While all students are encouraged to apply, first priority in awarding scholarships is given to those pursuing a career in the automotive aftermarket, and second priority is given to sons and daughters of industry families. More information and eligibility requirements can be found on the Automotive Aftermarket Scholarship website at automotivescholarships.com/Rammel.