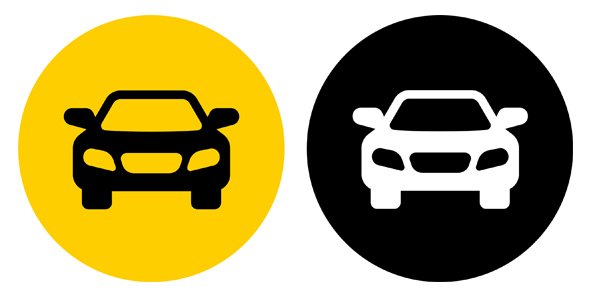 I’ve long been a fan of VIN decoding to determine a vehicle’s unique identity, but sometimes it’s easier to ask the customer about an obvious feature.

What do the 2010 Dodge Durango, 1998 Ford F-350, 1996 Jeep Wrangler and 1983 Chevrolet Corvette all have in common? Sorry, but it’s a trick question … none of those vehicles actually exist! Their manufacturers all took a “gap year” prior to new-model introductions, and the changes were all pretty significant.

For example, it’s almost impossible to mistake a curvy 1982 C3 Corvette for the more angular 1984 C4 ‘Vette. Other models, such as the Chevy Camaro and Ford Ranger, have “disappeared” for years, only to be brought back in new forms.

On the opposite end of the spectrum, it’s also been pretty common for manufacturers to introduce a vehicle’s replacement while its older sibling is still in production. For the manufacturers, it’s a chance to unload old inventory while getting their new stock in front of the public. For the parts specialist, it creates a lot of confusion when our customers come to us for parts to fit one of these vehicles.

I’ve long been a fan of VIN decoding to determine a vehicle’s unique identity, but sometimes it’s easier to ask the customer about an obvious feature. Veteran parts specialists probably remember cataloging Chevy pickups in the 1980s and 1990s. The old box-bodied C/K series morphed into the R/V series, and then reused the C/K designation for the GMT400 platform. From 1987 to 1991, both of these popular platforms were in production, and the easiest way for us to identify the difference was to ask the customer if the truck had a vent window. (The “old” body style had them; the “new” one did not.)

GM did it to us again in 1999, when it introduced the GMT800 Silverado and Sierra. The GMT400 series was sold alongside the GMT800 until 2002, and we needed to rely on visual cues again to determine the body style that our customer described. One of my favorite ways to tell them apart quickly was to ask if the truck had four-wheel disc brakes, which only were available on the GMT800 Silverado/Sierra at the time.

Keeping with past history, when GM introduced the GMT900 platform in 2007, we got to choose between two very similar-looking trucks every time a customer specified parts for their 2007 Chevy. The “classic” 2007s featured a wide bar separator between their high- and low-beam headlights, while the “new” 2007s had a one-piece headlamp assembly. Around back, the “classic” Chevy’s tailgate lettering spelled out “CHEVROLET,” while the “new” model featured only a simple “bowtie” emblem.

In 2004, Ford introduced its newest F-150 alongside the “Heritage” F-150, a carryover of the 1997-2003 body style. The key to this identification can be found in the leading edge of the hood. The Heritage-edition trucks featured a straight hood line, while the new-for-2004 F-150 hood had a “bulge” in the center of the hood lip, to fit the contours of the newly styled grille.

RAM has gotten in on the “classic” action for the 2019 model year, offering the all-new DT-series RAM 1500 alongside its previous DS-series pickup. The DS RAM has a prominent “Classic” badge, and features the familiar “crosshairs” grille design, while the new-for-2019 DT series features unique hood badging and a new grille design without the “crosshairs.”

Trucks aren’t the only ones with these “split personalities.” Remember that phantom 1996 Wrangler? Well, instead of taking a “gap year,” Jeep debuted its new JL Wrangler in 2018, alongside the existing JK Wrangler. Here, the lights make all the difference in quick identification. The older JK series have grille-mounted turn-signal lamps below the headlamps, while the JL’s turn-signal lamps are mounted entirely on the fenders.

One of the most difficult of all identifications, though, is the Chevrolet Malibu and Classic. Introduced in 2004, the “Z”-body Malibu replaced the older “N”-body Malibu, but GM kept the “N” body around for two more years, calling it the Classic. The taillights on the Malibus tell the tales here. The 2004-2005 Classic Malibu featured an oval taillight design, set below the decklid, while the newer body featured a more angular taillight that touches the top of the rear quarter panel. To make things even more confusing, GM did this again in 2008, redesigning the Malibu, and offering a carryover Classic for one year only! The new-for-2008 Malibu added extra taillamps to the decklid, making this an easy way to tell the difference between the two. (If an ’08 Malibu has taillamps on the decklid AND the quarter panels, it’s the new body style. If they only appear on the quarter panels, it’s a Classic.)

In my opinion, VIN decoding is the best method of identification, but with some customers, it can be considerably more difficult to extract this information accurately. Physical features often can help us easily identify a vehicle from across our parking lot, or over the phone when we can’t look for ourselves. Much like the age-old “paper vs. electronic catalog” debate, there really isn’t a single best way to satisfy a customer’s needs, so every sale requires a little bit of flexibility in our professional approach.