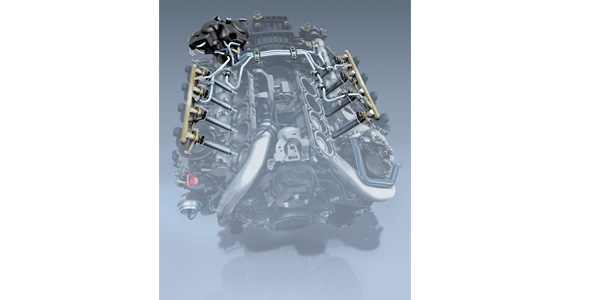 GDI isn’t perfect, but it’s become the technology of choice on many newer models.

Both systems use electronic fuel injectors to spray fuel into the engine, but the difference is where they spray the fuel. With port injection systems, fuel is sprayed into the intake ports.

There are four basic types of fuel-injection systems in use today: throttle body injection, port fuel injection, sequential fuel injection and direct injection. With direct-injection technology, the main benefit is better fuel economy for most applications and a bit more power.

One of the problems with GDI engines stems from small particles of oil/dirt that can blow back from the crankcase ventilation system and deposit onto the walls of the intake port and the back of the valve. Carbon sticks to the valve because fuel doesn’t spray down the back of the valves like in a port-injected system. The buildup can become significant enough that a piece can break off and damage the catalytic converter. It also can cause ignition problems.

Some OEMs are utilizing both port and cylinder injection to reduce the carbon buildup, while other suppliers are working on higher-pressure injection pumps that atomize the fuel better to keep the accumulation to a minimum. But there is no magic-bullet formula to prevent this carbon accumulation.

With multiport fuel injection, fuel atomizes as it’s sprayed into the intake port and then is pulled into the combustion chamber. It’s not the most efficient method of mixing and igniting the fuel, but it’s still much more efficient than a carburetor.

New computer technology has enabled manufacturers to switch to GDI to allow more precise control of the combustion event and to achieve lower emissions. However, the small particles that don’t atomize cause hot spots in the combustion chamber. OEMs and the aftermarket are aware of the condition, and even oil manufacturers are working to solve the problem. 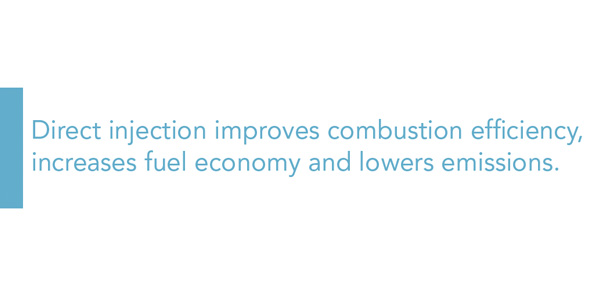 A computer that tells the injectors when to spray fuel electronically controls both systems, but the main difference is where each one sprays the fuel. Port injection sprays fuel into the intake ports, where it mixes with the incoming air.

The injectors usually are located in the runners of the intake manifold. When the intake valve opens, the fuel mixture is pulled into the engine cylinder.

With direct injection, the injectors are in the cylinder head and spray fuel directly into the combustion chamber, mixing with the air charge. The intake only supplies air to the combustion chamber with direct injection. GDI is the leading technology today and is only going to improve in the coming years. Port fuel injection still might have a place, but as a secondary player for low-speed conditions.

Advertisement
In this article:Low-Speed Pre-Ignition, Technical