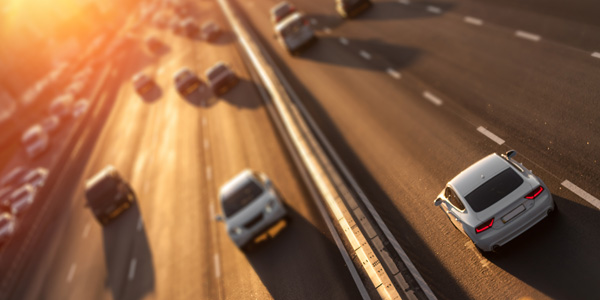 Essentially, these cities have the highest rates of speeding tickets per driver.

Speeding is one of the main factors behind deadly car crashes. In 2016, speeding killed 10,111 people, accounting for 27 percent of all traffic fatalities that year.

Not only does speeding endanger the life of the person driving, but also people sharing the road. Pair a lead-footed driver with bad weather or an unlit stretch of road and the result could be a serious accident.

QuoteWizard, an online insurance-comparison marketplace, analyzed its users’ 2017 self-reported data on driving infractions to generate a ranking of the fastest-driving cities. Essentially, these cities have the highest rates of speeding tickets per driver.

From faster to slower, these are the top 25 fastest-driving cities in the United States:

Wichita is the largest city in Kansas, and it’s also home to the fastest drivers in the country. Known as the City of Air, Wichita drivers might be confusing their jeeps with speeding jets.

According to the Wichita Police Department, the city saw 37,531 moving citations in 2017. That number decreased from the previous year. In Wichita, it will cost you $76.50 for going 1 mph over the speed limit, and the fine just increases from there. Plus, the police department is cracking down on speeders even more, with a new traffic bureau and a returning motorcycle patrol.

As if earning the title of second-fastest-driving city wasn’t enough, Omaha drivers now can drive faster on Interstates 80, 680 and 480. If you decide to ignore the speed limit in this city, your fine could cost you anywhere from $10 to $300. Although hasty driving might seem like a good idea at the time, it’s probably not worth the $300 price tag – or endangering the lives of yourself and other drivers.

What has Omaha drivers going so fast? Are they trying to rush home before getting cited for a worse driving violation? After all, Omaha earned the top spot as the worst drivers in our QuoteWizard’s study. It’s no surprise that the nation’s worst drivers are a bit lead-footed.

Third place goes to Boise. Why do Boise residents rush? Maybe drivers are in a hurry to reach the stunning mountains, hiking trails and rivers that surround the city.

In 2017, the Boise Police Department issued 9,879 hazardous moving violations. A speeding ticket will cost you more than just the original fine. In Idaho, it will cost you points on your driver’s license, which can lead to a suspended license and a spike in your car insurance rates. Boise has a population of more than 700,000, and major highways such as the I-84 running through the city.

The Rose City is Oregon’s largest city. It’s known for bikes, eco-friendliness and the popular slogan, “Keep Portland Weird.” When Portland residents aren’t commuting via the bike lane, QuoteWizard’s data shows that they like to speed through town. And Oregon is one of the only states where drivers don’t pump their own gas. Do those Oregon gas attendants put something special in the tank that makes Portland cars extra fast? Or are residents just trying to beat the MAX home? We don’t know, but one thing’s for sure: Portlanders like speeding.

In 2016, the Portland Police Bureau’s traffic division issued 17,206 citations. According to the Portland Bureau of Transportation, unsafe speeds are a factor in about half of deadly crashes in Portland. The city is focusing on implementing the Vision Zero Action Plan, which takes action on speeding with street design and safety cameras.

Is that infamous rushed East Coast state of mind seeping into Virginia’s capital? Perhaps. Richmond is home to more than 220,000 residents and, apparently, some of the fastest drivers in the country.

In 2016, the Richmond Police Department deployed an initiative called 60 “Blitz Speed,” which targeted unsafe driving along the route 60 corridor. The department enacted speed-management campaigns throughout the year. The city saw 21,985 traffic stops in 2016.

Advertisement
In this article:Car Insurance

Do You Live in One of America’s Fastest-Driving Cities?