Most sensors produce a digital voltage signal that corresponds to the function they are monitoring. 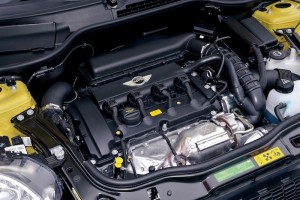 Late-model engines with electronic fuel injection, computerized fuel management and ignition have a lot of sensors to keep tabs on everything that is happening under the hood. Most sensors produce a digital voltage signal that corresponds to the function they are monitoring.

All of this sensor data is fed back to the Powertrain Control Module (PCM) so it can make the critical decisions that are necessary to keep the engine running at optimum efficiency. Among all the sensors, these are usually the five most critical:

● Crankshaft position (CKP) sensor — Engines with distributorless ignition systems have a Hall effect or magnetic crankshaft position sensor to generate both a trigger signal for the ignition system. The signal also tells the PCM how fast the engine is turning (RPM signal) and keeps the PCM informed about the relative position of the crankshaft. Crank position is essential to calculate fuel injection and ignition timing. On vehicles with Variable Valve Timing (VVT), the crank sensor and cam position sensor signals are used to adjust cam timing as well. If the crank sensor fails, the engine will not start or run. The sensor is usually located on the front of the engine by the crankshaft pulley/balancer, or in the middle of the engine block.

● Engine Coolant Temperature (ECT) sensor — This sensor monitors the temperature of the engine’s coolant so the PCM can adjust the fuel mixture and ignition timing as the engine warms up. Engine temperature also is used as a cue for various emission control functions. If the coolant sensor is not reading accurately, it may prevent the engine from going into “closed loop” operation where the PCM uses signals from the oxygen sensors to adjust the fuel mixture. This can cause a rich fuel condition, increased fuel consumption and emissions. The coolant sensor is usually located near the thermostat housing on the engine.

● Mass Airflow (MAF) sensor — This sensor tells the PCM how much air is flowing into the engine. Airflow is a critical perimeter because it is used to calculate the air/fuel mixture. Most MAF sensors use a heated wire or filament to sense airflow. Dirt or fuel varnish contamination of the sensor element can cause faulty readings that may set codes and/or upset engine operation. Cleaning the MAF sensor with an aerosol electronics cleaner can often restore normal operation. The MAF sensor is located between the air cleaner housing and throttle body. Some engines do not use a MAF sensor, but use inputs from the crank, ambient temperature, coolant temperature, throttle and manifold absolute pressure (MAP) sensors to estimate airflow.

● Oxygen (O2) sensor or Air/Fuel (A/F) sensor — An O2 sensor monitors unburned oxygen in the exhaust and generates a “rich” or “lean” voltage signal that the PCM uses to control the air/fuel mixture. An A/F sensor is a smarter version of a standard O2 sensor that tells the PCM the exact air/fuel ratio. O2 sensors or A/F sensors are located in the exhaust manifold (one or sometimes even two for each cylinder bank). On 1996 and newer vehicles with OBD II, a “downstream” O2 sensor is located in or behind the catalytic converter to monitor converter efficiency. O2 sensor or A/F sensor problems will not prevent an engine from running, but they can cause fuel mixture problems that increase fuel consumption and emissions.

● Throttle Position (TPS) sensor — This sensor is mounted on the throttle body shaft to monitor the relative opening of the throttle. The PCM uses this information with inputs from the MAP and/or MAF sensor to estimate engine load for fuel enrichment and timing adjustments. A worn TPS sensor may cause a flat spot or hesitation when accelerating. On vehicles with electronic throttle control, there are usually two TPS sensors as well as a pair of position sensors on the accelerator pedal. The position sensors on the accelerator pedal tell the PCM how much throttle opening to give the engine when the driver steps down on the gas. The TPS sensors on the throttle tell the PCM how far the throttle is opening or closing as commanded by the PCM. Problems here may prevent the throttle from opening or even cause unintended acceleration.