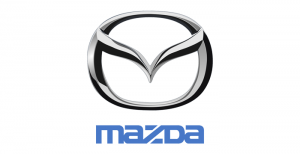 With the highest fleet-wide adjusted fuel economy performance of 29.4 miles per gallon (mpg), and the lowest CO2 emissions of 328, Mazda led the chart for model year 2014.

The U.S. Environmental Protection Agency (EPA) noted in its most recent Light Duty Fuel Economy Trends report that Mazda Motor Corp. is the most fuel-efficient auto manufacturer in the U.S. With the highest fleet-wide adjusted fuel economy performance of 29.4 miles per gallon (mpg), and the lowest CO2 emissions of 328, Mazda led the chart for model year 2014.

For the third consecutive year, Mazda has achieved the highest fuel efficiency of any other mainstream automotive manufacturer in the industry, without offering a hybrid or electric vehicle. Mazda’s unique SKYACTIV Technology has made this level of efficiency possible.  SKYACTIV is a suite of component and engineering technologies intended to cut vehicle weight and improve engine efficiency for outstanding environmental and safety performance, without sacrificing the brand’s driving pleasure.

Mazda’s SKYACTIV TECHNOLOGY can be found throughout its vehicle line up including the Mazda3, Mazda6, CX-5 and in the all-new MX-5 Miata and CX-3. The Mazda CX-3 crossover utility vehicle has been rated with an EPA-estimated fuel economy as high as 29 mpg city/35 mpg highway, which positions CX-3’s fuel economy as class-leading among all 2015 and 2016 subcompact crossover utility vehicles.

Mazda has also been named by U.S. News and World Report as the 2016 Best Car Brand.

EPA Report Names Mazda The Most Fuel-Efficient Auto Manufacturer In The U.S.