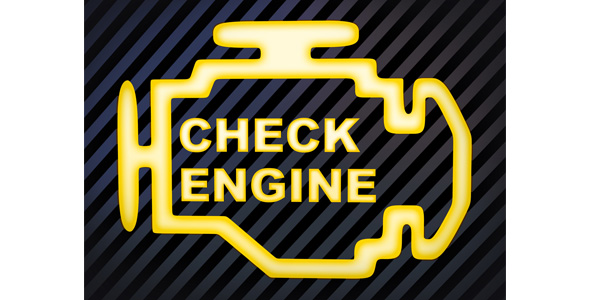 When many DIY customers encounter any of the diagnostic trouble codes related to the evaporative emissions system (P0440 through P0457 are the most common), their knee-jerk reaction is to replace the fuel cap, or at least give it a good hard twist. Sometimes, in the case of a P0440, 455 or 457 code, this may be a cheap and easy fix. On the other hand, there are more than 15 other EVAP-related DTCs, and these codes likely point to one of the many other EVAP components that make up this complex system.

While the purpose of the EVAP system is to reduce pollution due to the loss of fuel vapor into the atmosphere, each manufacturer achieves this goal using a slightly different combination of components. Each manufacturer also seems to enjoy having their own name or acronym for these components, and that makes our jobs that much harder, trying to figure out which piece of the puzzle is required, and how to find it in our catalog!

The basic OBD II EVAP system consists of the fuel tank, filler neck and cap, a canister to contain the stored vapors, a pressure sensor and a series of valves or solenoids to allow the system to open and close itself. The EVAP system has two important functions: to handle fuel vapors, and to test itself for proper operation.

In order to keep these fuel vapors from escaping into the atmosphere, the system must be sealed. A completely sealed system would create a vacuum as the fuel was pumped out of the tank, so “fresh” air must be introduced to the system to help balance these pressures. As vapors build up in the tank and canister, these also must be periodically released to maintain system pressure. To allow for vapor to flow through the system, the system uses the vent and the purge valves to keep the vapor moving toward its ultimate endpoint: the intake manifold.

The FTPS is a simple pressure sensor, which may be located on top of the fuel tank, attached to the top of the fuel pump module or near the filler neck. In many GM and Chrysler models, the FTPS looks nearly identical to a MAP sensor. The PCM uses the pressure readings from this sensor (as well as information from other engine management sensors) to determine the operation of the CVS and CPS, and to self-test the integrity of the EVAP system.

The canister purge solenoid may be considered the “outlet” of the EVAP system. The CPS is a normally closed solenoid, and only opens when the PCM commands a purge cycle to evacuate fuel vapors from the canister. When the CPS opens, manifold vacuum from the engine draws the vapors out of the EVAP system, introducing them into the intake to become part of the air/fuel mixture for combustion. A defective CPS can create a vacuum leak if it fails in the “open” position. The CPS is usually located in the engine compartment, but it will always be on the “engine” side of the vapor canister. Depending on the customer, manufacturer or catalog system, you may see this described as either a “solenoid” or a “valve.” It also is known as a “linear purge valve” or a “vapor management valve.”

The canister vent solenoid is the “inlet” for air entering the EVAP system. The “vent” part of the name makes it sound like this normally open solenoid would vent fuel vapors to the atmosphere, but it does not. The activated charcoal inside the EVAP canister absorbs and “stores” the fuel vapor, providing a restriction as the purge solenoid opens and engine vacuum sucks the vapor out of the storage canister. The CVS only closes during the system self-test, allowing the PCM to measure and interpret the pressure readings inside the system. The CVS goes by many names and acronyms, including “canister shut solenoid” (CSS), “canister close valve” (CCV) and “vacuum switching valve” (VSV).

A slightly different EVAP system, used by Chrysler as well as a few other manufacturers, is referred to as “natural vacuum leak detection” (NVLD). These systems use a consolidated “leak detection pump” (LDP) to create the vacuum required for the system diagnostic test. In 2008, Chrysler replaced its LDP units with a simplified “evaporative system integrity module” (ESIM). Both of these components are found in the emissions category along with the canister vent and purge components.

Each manufacturer may have their own jargon, and approach evaporative emissions compliance with its own unique system, but the basic concepts are pretty universal. EVAP codes are an increasingly common cause for MIL illumination, and their diagnosis can be frustrating due to the lack of obvious driveability issues. EVAP system components are quickly becoming an important and profitable category, with a number of common replacement opportunities well-beyond the gas cap.