Earlier this month, Kathleen Schmatz, president and CEO, and Rich White, senior vice president, respectively, of the Automotive Aftermarket Industry Association, kicked off a media tour to educate aftermarket industry trade media and other constituents on a major rebranding for the association. They recently visited Babcox Media’s corporate offices to talk to editors and publishers about this exciting change.

Aftermarket. It’s a term of familiarity for those who have worked in this industry for some time. We all have that elevator speech at the ready when we meet someone on a plane or at a party – that 30-second pitch that simply sums up the world you inhabit every day at work. But what does it really mean? Those you share it with still walk away not really knowing how massive and influential this industry is, or what it actually does. This was the thesis that brought about a major change for one of the industry’s top associations. Next month, the Automotive Aftermarket Industry Association will usher in a new era for the association, its members and the industry as a whole, as it officially rebrands itself as the Auto Care Association.

According to Schmatz, the need for a change became apparent while on Capitol Hill, when the association would find itself spending more time explaining what the aftermarket is, rather than focusing on the issues they came to address. "There is this perception in other industries that the term ‘aftermarket’ means second-rate," she said. "We needed to increase awareness of the role and value of the industry with all stakeholders. The industry is not getting credit where credit is due."

That credit she refers to is massive and widespread – to the tune of some 4 million jobs created through the industry as well as other positive impacts, including economic, environmental and safety. 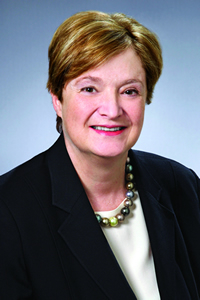 With a focus on external audiences, such as policymakers and consumers, the Auto Care Association will emphasize the key role this industry plays in the role of people’s automobiles, much in the same way the health care industry cares for people’s health.

"Our legislative staff is thrilled," said Schmatz. "They are already seeing great results with the new language and new message."

"During Right to Repair, we found we were not defining the industry properly," White added.

More than a year in the making, the association worked with influential Georgetown-based advertising agency GMMB. According to White, the process was intensely comprehensive. No stone was left unturned. "There were more than 80 pieces of collateral materials, and that was just internally, that needed to be updated," said White.

White said the new messaging needed to be three things: simple, relevant and repetitive. And, while the Auto Care Association will focus on external audiences, they are hopeful that the entire industry will adopt this new language in favor of the previous "insider language" that created issues with awareness in the past. They hope this new messaging will give the association and the industry the same stature as such venerable associations as AAA and AARP. 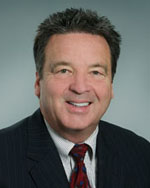 The rebranding was conducted in a four-phase process, starting with internal and external focus groups. Now in phase two, the association is educating the industry about the new change, which will be officially unveiled at the upcoming Leadership Days, April 23-25 in Huntington Beach, Calif. The event itself will serve as the official launch party for the new name and brand messaging. The association’s new website – www.autocare.org – will go live April 24.  After that, the Auto Care Association will move on to phases three and four – external rollout to policy makers (phase 3) when the new Congress is in place, and external rollout to consumers (phase 4), which is expected to wrap up in 2015.

EXECUTIVE INTERVIEW: A New Name, A New Era For One Of The Industry's Top Associations