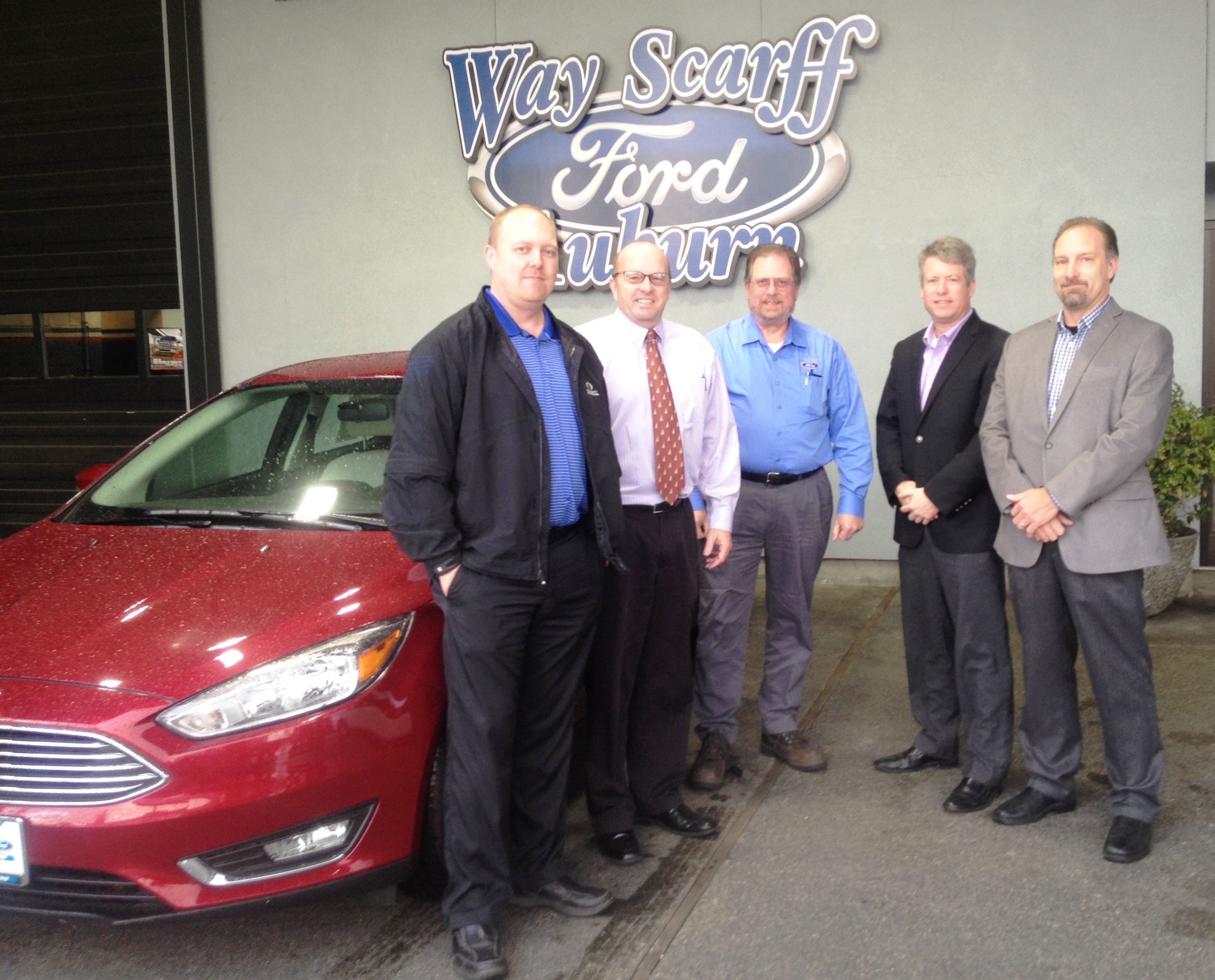 The Federated-Motorcraft “Focus on Sales” promotion was conducted May 15 through Aug. 15, 2015. 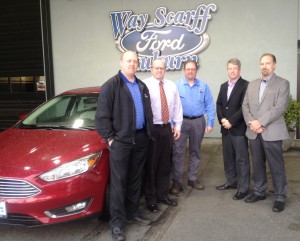 STAUNTON, Va. – Federated member Seattle Automotive was awarded a 2016 Ford Focus as the grand prize winner of the Federated-Motorcraft “Focus on Sales” promotion.

“We want to thank Motorcraft for conducting this exciting promotion for our members,” said Phil Moore, senior vice president for Federated. “Federated and Motorcraft have had a great partnership for many years and I know our members really appreciate the support and service they receive from the Motorcraft team.”

The Federated-Motorcraft “Focus on Sales” promotion was conducted May 15 through Aug. 15, 2015. The three Federated members with the highest sales increase in Motorcraft products during that time period, compared to the same timeframe in 2014, were awarded trips to the NASCAR Sprint Cup Ford EcoBoost 400 on November 22 in Homestead, Fla., and an entry into the “Focus on Sales” grand prize drawing. On race day, at the Federated-Motorcraft hospitality cabana, Seattle Automotive was chosen as the grand prize winner of the 2016 Ford Focus.

Todd and Dawn Early attended the race weekend on behalf of Auburn, Wash.-based Seattle Automotive, which also has seven distribution points in the Northwest. The other two winning Federated members who were awarded trips to Homestead were John and Beth James of Lafayette Warehouse in Lafayette, Ind., and Russell and Davita Mastroff of Cold Air Distributers in Ft. Pierce, Fla.

Ted TeGantvoort and Todd Early of Seattle Automotive were presented their new 2016 Ford Focus in December at Way Scarff Ford in Auburn, Wash.

“Federated member distributors have always been strong supporters of Ford Motor Company and Motorcraft Parts, with the shared end goal of better servicing Ford vehicle customers across the country,” said Bill Atkinson, marketing and sales manager for Motorcraft. “Our combined goal is to help maintain a high level of satisfaction for Ford vehicle owners throughout the ownership cycle so that when vehicle owners are ready, they will return to a Ford or Lincoln dealership for their next new vehicle.”