Federated will be the primary sponsor for Schrader and FAS Lane Racing in nine NASCAR Sprint Cup races in 2012 beginning with the Las Vegas race on March 11.

STAUNTON, Va. — Continuing its long and successful partnership, Federated Auto Parts will once again sponsor NASCAR legend Ken Schrader and his race teams during the 2012 season. 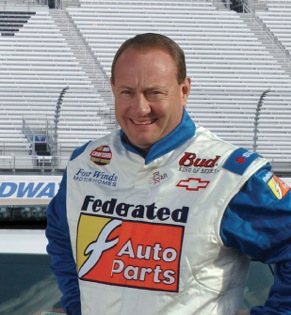 “Kenny Schrader has become synonymous with Federated Auto Parts and we are honored to continue our long and winning association with this racing legend,” said J.R. Bishop, director of racing and event marketing for Federated. “Kenny is extremely popular with our members, their customers and race fans everywhere. Whenever we host a hospitality event with him, we get rave reviews.”

Schrader will continue in his role as the official spokesman for Federated and will once again host the annual “Get Dirty with Kenny” promotion at Schrader’s own dirt track, the newly named Federated Auto Parts Raceway at I-55 in Pevely, Mo.  Federated also will serve as the official parts supplier to Ken Schrader Racing.

“From the Sprint Cup to the dirt tracks, Federated will be with Kenny no matter where he is racing this season,” said Bishop.  “We could not ask for a better ambassador for Federated Auto Parts and our Federated Car Care program than Ken Schrader.  We are looking forward to another great year partnering with Ken and the Schrader race team.”