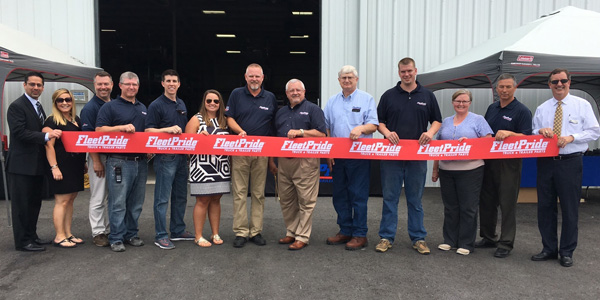 The branch is FleetPride’s seventh location in Virginia, bringing its Southeastern U.S. network to 63 locations, according to the company.

“The addition of Mount Crawford to the FleetPride footprint represents our commitment to growth,” said Jason Price, FleetPride senior vice president of operations. “The four team members at this location represent over 50 years of combined experience in the heavy-duty parts industry and are committed to serving the needs of the customer.”

The company held a ribbon-cutting ceremony on June 22 to officially open the branch, located at 100 White Picket Trail in Mount Crawford. Members of FleetPride’s corporate team, branch management and the local chamber of commerce attended the event.

More than 130 customers visited the branch during the grand opening, where they interacted with representatives from 10 of FleetPride’s vendor partners.