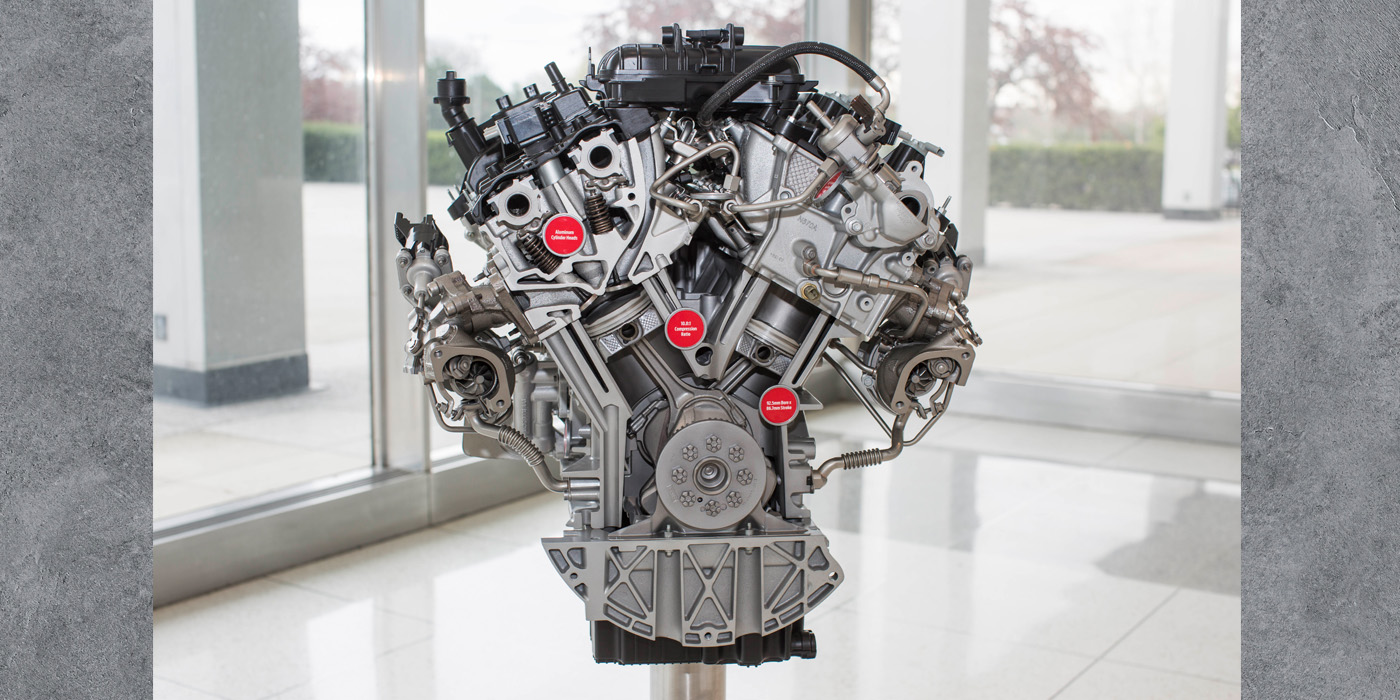 Ford EcoBoost And The Downsizing Era

The introduction of the 3.5-liter twin-turbo EcoBoost in 2009 was a pivotal moment for the auto industry.

In 2009, when the United States was in the grips of the Great Recession, Ford Motor Co. was busy introducing an engine that would change the industry: the 3.5-liter twin-turbo EcoBoost.

Ford offered the EcoBoost on that model year’s F-150 and declared that the engine would produce as much power and torque as its V8s – but with fewer cylinders, better fuel economy and lower emissions. There are now more than 1 million 3.5-liter EcoBoost engines on the road today, including hundreds of thousands of the other variants from 2 liters to 2.7 liters. While these engines have proven to be a reasonably reliable alternative to larger powerplants, many are now out of warranty as customers look toward the aftermarket for repair options.

According to Honeywell, which manufactures Garrett turbochargers, more than 40% of the vehicles sold globally have a turbocharger as of 2019. Turbo use has exploded since 2009, and as far as we can tell for internal combustion engines (ICE), the technology looks like it’s here to stay this time. Some OEMs, such as Audi, have even introduced an electric turbo to reduce the lag associated with them.

What makes the EcoBoost a game-changer is the combination of gasoline direct injection (GDI) and a twin-spool turbocharger setup. The turbos are sized smaller to make power on the bottom end. A twin-turbo allows them to be sized small enough that they “spool up” quicker and produce more low-end power. Ford uses wastegated turbos that are designed to be smaller than previous turbo generations. They have higher fuel efficiency and more torque, and they meet emissions standards.

The EcoBoost has become a mainstay in the Ford lineup, and the automaker has marketed the name as a lower-emission, more fuel-efficient option that produces the same power as a larger-displacement engine. There are two ways that the EcoBoost achieves an increase in power and decreased emissions. The first system is gasoline direct injection. The GDI system works like a common-rail diesel injection system with a high-pressure fuel pump that delivers a precise amount of fuel to the rail, which is controlled by the ECU.

The EcoBoost’s high-pressure pump delivers fuel between 500 and 3,000 psi. The amount of pressure the pump produces is controlled by a regulator driven by the ECU. The high-pressure fuel enters a common rail and is carried to each injector. The injectors are tucked up underneath the intake side of the cylinder head with the tip of the injector inside the cylinder-head combustion chamber.

The second system used in the 2.7-liter and 3.5-liter V-6 EcoBoost engines is the twin-turbo – one for each cylinder bank. The 2.3-liter and 2-liter inline-4 engines use a twin-scroll turbo to help with turbo lag in single-turbo applications. This is where the turbine housing is divided into two sections. Each section feeds the turbo from corresponding cylinders. The layout of the exhaust manifold is designed to split the cylinders into the appropriate scroll based on the firing order of the engine. The twin-scroll directs more exhaust energy to the turbine wheel, providing a wider range of power than a traditional turbo.

Since the introduction of the EcoBoost engine more than a decade ago, the technology and theory of downsizing have spread to nearly every automaker today. While there are a few problems with carbon buildup on the back of intake valves on specific engines, Ford and others have introduced a hybrid injection system to mitigate these issues. So, for now, the future of internal combustion engines looks like it has a ways to go before we pronounce it dead.

Advertisement
In this article:Ford, turbochargers

Ford EcoBoost And The Downsizing Era

May The Clamping Force Be With You
Connect with us