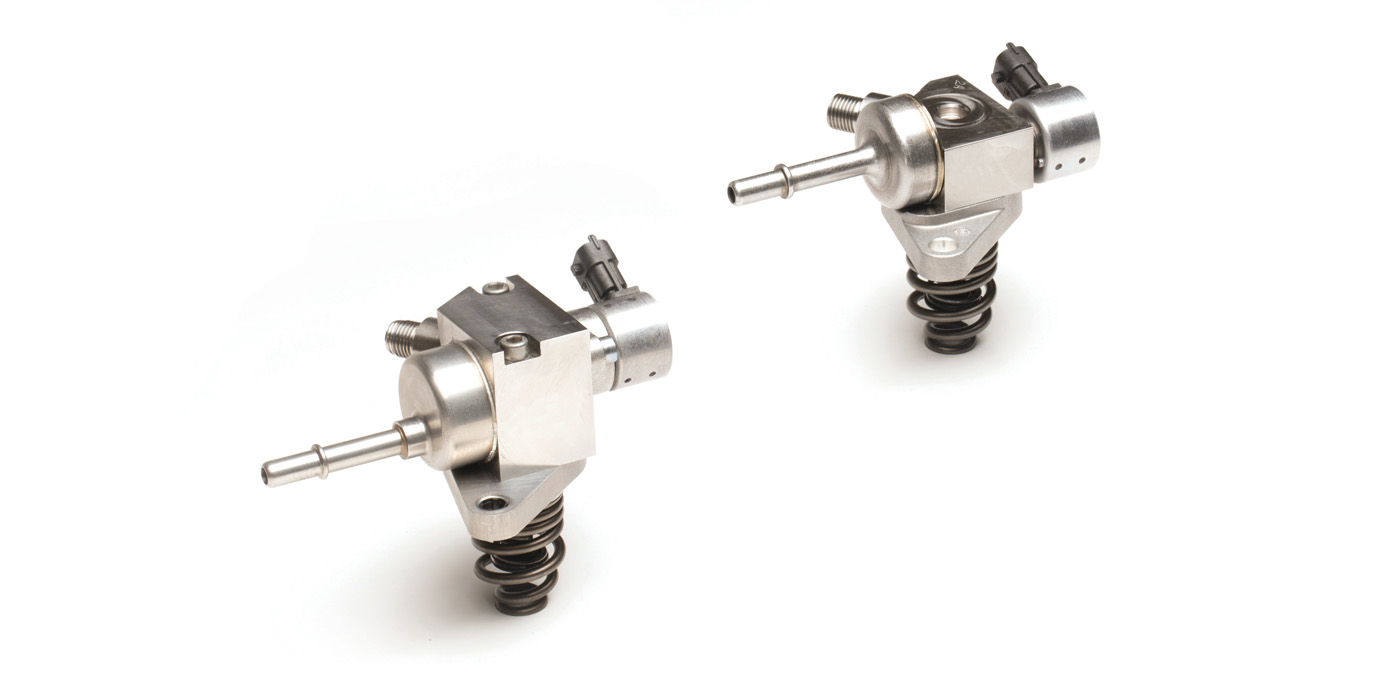 Today’s vehicles often have more than one pump.

My brother has a 2011 BMW X5 with a turbocharged inline six-cylinder engine. The other day, when we were on a road trip, he told me that he has run out of gas a few times recently, even though the fuel gauge said it had plenty of fuel.

On many BMWs, there are typically two in-tank fuel pumps. My brother believes that the feeder pump, which essentially sends fuel over the driveline hump to the main tank, isn’t working. So, when you get to a half tank and the feeder pump is supposed to kick on to pump fuel over to the other tank, it doesn’t work. The fuel gauge isn’t registering low fuel either because there’s still a half a tank in the feeder tank. My brother, who was a technician for a few years at a VW dealership, is going to replace the pump because the parts are quite expensive, as you can imagine coming from BMW. However, I suggested that he test it out with my scan tool first.

Most late-model vehicles control the fuel pump with the PCM and can vary the speed depending on engine load and rpm. One of the most common types of fuel pumps today is the electric turbine-style pump. These pumps have an impeller with lots of small blades attached to the electric motor inside the pump. And on a tank-mounted pump, the fuel acts as a lubricant, so running out of gas can damage the internal parts. It’s similar to coolant that runs low and cavitates in the ­water pump.

Today’s vehicles, however, often have more than one pump, such as the BMW we discussed above, or gasoline direct injection (GDI) engines that use a high-pressure pump to deliver the fuel to the injectors inside the combustion chamber. These pumps work in conjunction with the electric tank-mounted pump that delivers the fuel to the fuel rail. The mechanically driven pump runs off of the camshaft to produce as much as 2,200 psi!

We spoke to the folks at Stanadyne, who are OE suppliers of high-pressure pumps for GM. Brent Dolan, product line manager, says that their high-pressure pumps are reasonably straightforward ­mechanical pumps that are driven off of the camshaft to vary the speed and, therefore, the pressure produced. These pumps have an electronic regulator run by the ECU to dump off fuel when the pressure is too high.

What’s interesting about these pumps – even though they’re not available in the aftermarket at this time – is that Stanadyne is working on even higher-pressure pumps for future applications that can reach 300 to 350 bar (about 5,000 psi!).

Dolan says that the only failures they see – and there aren’t many – are due to lubrication issues if the wrong type of fuel is used or there’s an oiling issue with the top of the engine. “Failure modes will usually be ­dependent on fuel contamination and condition of fuels, or ­improper lubrication in the engine,” he adds. “So, anything that you would see a failure of in the engine, you may see the same type of failure modes in the pump. The biggest concern would be fuel contamination.”

On tank-mounted pumps, they also can be sensitive to fuel contamination and debris that may plug up the filter or fuel sock. The fuel tank should be inspected/cleaned when replacing a tank-mounted pump, and you should ­install a new fuel filter. However, if your ­c­ustomer replaces the whole fuel-pump assembly, it will include a filter and inlet filter sock for most applications.

Advertisement
In this article:Fuel Pumps