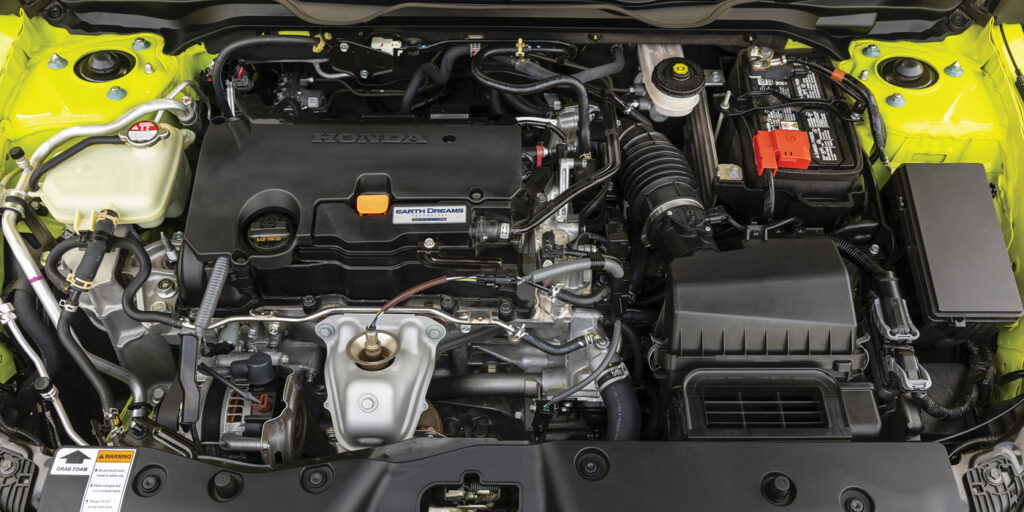 Pumping fuel directly into the combustion chamber is not a new concept. Diesel engine manufacturers have been doing this for decades. However, the technology leapt forward when advances in electronics and high-pressure fuel injectors came together to create the gasoline direct-injection (GDI) engine that we know and love today.

Some have hailed it as the Holy Grail of engine technologies, but there are problems that many of your customers may face if they don’t keep up with maintenance.

GDI has seen rapid adoption in the past five years as automakers strive to improve fuel economy and lower emissions. Many OEMs have turned to the combined benefits of GDI and turbocharging to increase power from downsized engines. Most major OEMs today offer turbocharged GDI on the majority of their new models. Other new technologies have not been as widely adopted, such as cylinder deactivation and stop-start systems.

Typically, there are two fuel pumps on engines equipped with GDI: one conventional in-tank electric fuel pump that supplies normal fuel pressure to another fuel pump mounted on the engine that creates high pressure. The high-pressure fuel-pump pressure is monitored by the powertrain control module (PCM) through a sensor and changes the volume of fuel entering the pump inlet as needed. Most of these fuel systems are heavy-duty to withstand up to 2,000 psi of fuel pressure. These high fuel-pressure levels are necessary to overcome the forces of compression and combustion inside the cylinder and to inject a relatively large volume of fuel directly into the cylinder in very short bursts.

Mitsubishi was the first to introduce its GDI systems in 1996. But the automaker experienced issues with fuel that didn’t have enough detergents and tended to clog the fuel system. It seems like the other manufacturers weren’t paying attention because the new wave of GDI engines introduced in the past decade have been plagued with similar issues: carbon buildup on the intake-valve seats. This can cause the valves not to seal and lead to cylinder misfire problems.

With gasoline being directly injected into the cylinders, the back of the valves aren’t washed down by fuel anymore as with port injection. Most carbon formation is caused by oil mist exiting from the positive crankcase ventilation (PCV) system, and exhaust gas recirculation (EGR) entering into the intake manifold. Another issue on the early GDI engines was high-pressure fuel pumps that failed prematurely.

Some OEMs, such as BMW and Kia, have issued technical service bulletins recommending name-brand detergent gasoline without ethanol additives and periodically adding a fuel-system cleaner. Some of the newer GDI engines have added a small port injector to spray fuel onto the back of the valves to help keep them clean.

As with any new (or not-so-new but updated) technology, there are always a few steps forward followed by a couple of steps back. It appears that the OEMs have gotten the message about spraying fuel directly onto the cylinder walls and ultra-lean air-fuel ratios that can cause low-speed hesitation and detonation. With the addition of turbochargers, OEMs can downsize their fleet and improve the overall fuel economy. Still, there’s a limit to the technology until we get to the next wave of engines containing port injection and DI and even higher fuel pressures to mix fuel and
air better.