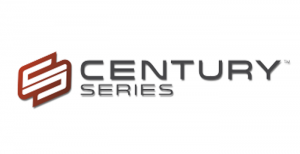 Each belt in the Century Series line is the result of extensive analysis, engineering and manufacturing to match OE size, materials and construction, according to Gates. The line represents ongoing monitoring of and adaptation to OE belts to be the leader in accurate belt specifications. This is increasingly important, Gates says, as OEMs continuously modify serpentine system designs to reduce warranty and increase efficiency. The Century Series line takes this iterative improvement process one step further by upgrading material and construction on certain OE belts that can lead to noise, vibration and premature failure to be the quietest and highest performing belts available.

“We are excited to introduce our Century Series Micro-V line,” said Jack Ramsey, senior vice president, North American Automotive Aftermarket, Gates. “The line highlights our heritage of over 100 years of excellence and demonstrates our continued focus on product development to take us into the next century.”