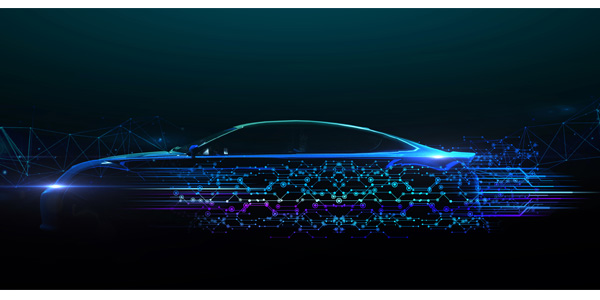 While there are a few companies developing flying cars, a more realistic vision of the future is an evolution of current technology.

When many people think about the future of automobiles and their control systems, images of “The Jetsons” or “Back to the Future” might come to mind. While there are a few companies developing flying cars, a more realistic vision of the future is an evolution of current technology. Autonomous, electric and high-efficiency hybrid vehicles are in the pipeline today, and more likely are the direction we’re headed soon. Think “Knight Rider,” not “Blade Runner.”

In modern vehicles, we don’t have to think too far into the future, because the technology is exploding. There are roughly 100 microprocessors on the average late-model vehicle, with up to 2 million lines of code. And that probably will quadruple with autonomous vehicles, whenever they do hit the road. Managing these systems has become one of the primary objectives for the OEMs and the aftermarket.

The engine control unit (ECU) was the first real computer embedded in a vehicle to manage the electronic fuel-injection system. The ECU is considered the vehicle’s “brain,” and today this rings truer than ever. Also known as the powertrain control module (PCM), the ECU controls everything from the fuel injectors, turbo wastegate and cam timing to the emissions systems such as the EVAP and positive crankcase ventilation.

Antilock brakes (ABS), which are standard equipment on all cars sold in the United States today, are run by a brake control unit (BCU). Similar to an ECU, the BCU controls the valving for the ABS from inputs it gets from the wheel-speed sensors mounted on all four wheels (in most cases). The sensor can detect when one wheel isn’t gaining traction compared to others that are spinning at a different rate of speed.

The BCU also is part of the electronic stability control system (ESC), applying or removing brake pressure to whichever wheel loses traction in a corner or on a slippery road surface. The computer reads the steering angle, yaw rate (G-sensor) and throttle-position angle, making millisecond adjustments to keep the vehicle under control.

Think of the CAN bus as the router on your computer network. Its main job is to pass information from the vehicle’s sensors and computers to facilitate the processes of each system at lightning speed. The Controller Area Network (CAN) is a vehicle standard that simplifies adding instruments, sensors, modules and other electronics. Systems that use the CAN bus and various sensors to communicate with the ECU determine whether the engine can be shut down when stationary for improved fuel economy and emissions.

When it comes to driver aids, the CAN bus activates modules such as the door control module to tilt the passenger-side mirror down to show the curb. The CAN bus also can trigger the rear windscreen wiper when reversing. Sensors used by other systems can be employed for other purposes. A new standard – LIN bus – is being developed for subsystems that aren’t critical to vehicle operation.

Advanced driver-assistance systems, or ADAS, are making their way into more and more mainstream vehicles as standard features. These systems automate specific tasks for the driver – such as Tesla’s Autopilot – while others adapt and enhance vehicle systems for improved safety. It’s been shown that ADAS-equipped vehicles have fewer fatal car accidents because they minimize human error.

ADAS is the first step toward autonomous vehicles. Electronic stability control, antilock brakes, lane-departure warning, adaptive cruise control and traction control all can be affected by mechanical alignment adjustments. Shops need to be sure they can reset these systems as needed after a wheel alignment.

Advertisement
In this article:ADAS, Technical

Get to Know the Computer Systems that Control Today’s Vehicles