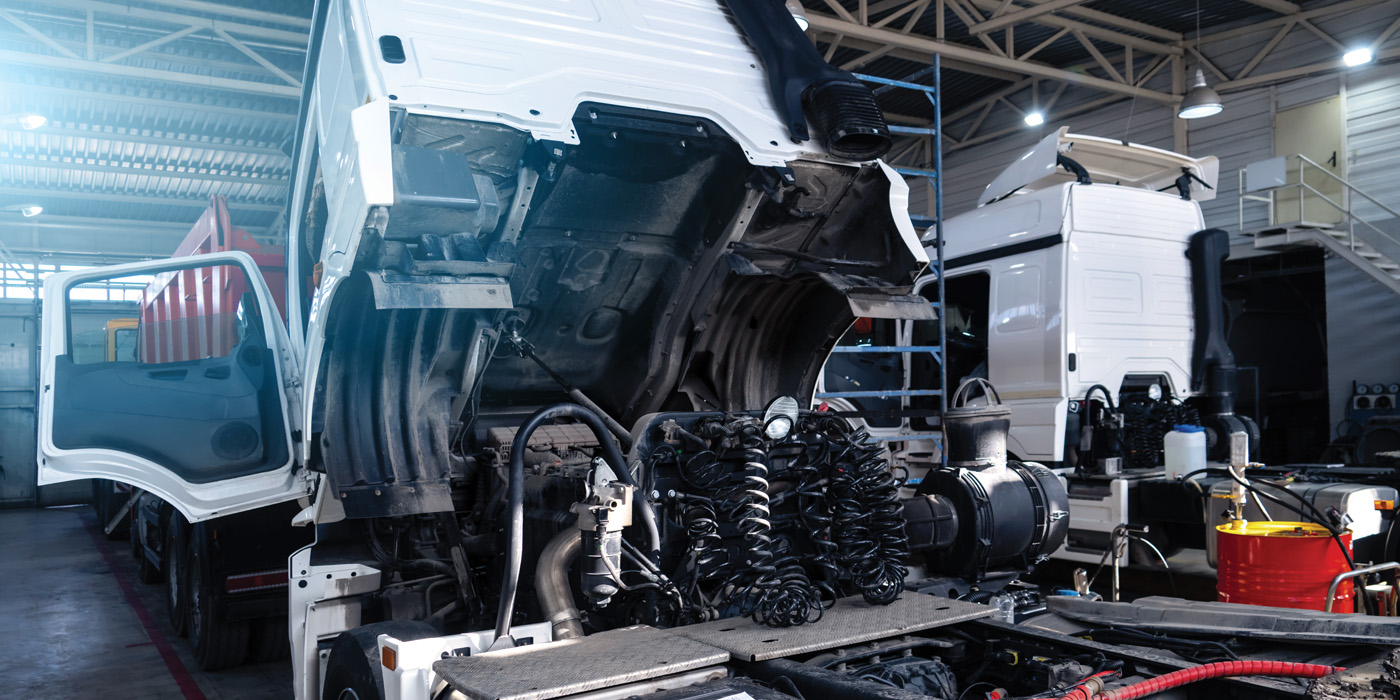 Electronic control systems are just as prevalent in HD as they are on the light-duty side.

Heavy-duty repair shops have been around almost as long as the automobile. As soon as there were cars, there were trucks, and as the value of trucks and trucking proved it to be an irreplaceable industry, the trucks got bigger and heavier. The equipment to repair them defined a sector of the industry all its own, and in order to work on them you needed a larger space, heavier equipment and equally heavy-duty tools to get the job done.

Much of the equipment is designed to handle the weight of the heavier components in order to allow anyone less than Superman to lift and move around regular serviced items such as wheels, tires and other components that can be realistically managed by one man on the automotive side. Those of us who work on cars sometimes shudder at the thought of managing the physical side of the heavy-duty industry, but what about the diagnostics?

Even as emission controls and electronics began to infiltrate the comfort levels of auto technicians in the 1970s, light- and heavy-duty trucks and offroad vehicles flew under the radar for a few extra years until the EPA regulations began to expand into those additional segments of the industry.

Even though it took longer for EPA regulations to be as stringent on the heavy-duty market, electronic control units in trucks were utilized as they were in cars, since fuel injection and computer engine control were as important for fuel economy and driveability as they were for emissions. It is, however, the increased emissions requirements and use of after-treatment systems early in the turn of the century that brought with it the most significant increase in electronic control systems for trucks and heavy-duty vehicles.

Along with it came the need for technicians to have the necessary equipment for diagnosis. While the auto and truck repair industries differed completely in their physical aspects, the electronics and diagnostics began to share similarities that would make a technician going from one to the other feel comfortable in the
familiar atmosphere.

Just as we all can use most computers regardless of brand, heavy-duty electronic diagnostics share the same overall traits as diagnostics for light-duty vehicles. Many of the same systems and the same terminology apply to either side, including emissions controls, starting- and charging-system analysis and advanced driver-assistance systems (ADAS).

Heavy-duty vehicles are equipped with controller area network (CAN) bus communication to allow multiple control units to communicate, just as with light-duty vehicles. Technicians are using equipment such as multimeters and oscilloscopes as part of their regular diagnostics.

Just as it is on the light-duty side, heavy-duty technicians need to have the equipment that has the ability to help them with diagnostics and they need access to the service information as well. Any given scan tool can be outfitted to communicate and work with the particular make needed, so you only need to purchase the package for what you need. Many manufacturers of scan tools and diagnostic equipment have branched into the heavy-duty field as the need for the equipment has increased drastically in the past few years.

Two worlds that used to differ in almost every aspect now share the similarities of electronic controls, function and diagnostics – giving heavy-duty a lighter side.

Advertisement
In this article:Diagnostics, Heavy Duty