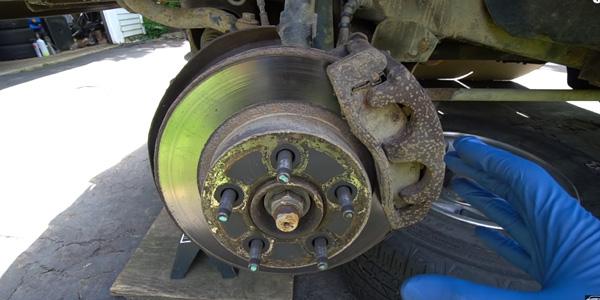 YouTube celebrity Chris Fix uploaded a video to YouTube showing how a brake pad is manufactured, from the stamping of the backing plate to installation on his vehicle.

YouTube celebrity Chris Fix uploaded a video to YouTube showing how a brake pad is manufactured, from the stamping of the backing plate to installation on his vehicle. NRS Brakes allowed Fix to document the complete process at its facilities in Toronto.

Fix’s channel on YouTube has more than 5 million subscribers, and as of July 12, “How Brake Pads Are Made” was viewed more than 1 million times. The channel is one of the most popular with consumers who want to learn how to repair their vehicles.

“This was my first time making a video like this,” said Fix in the video. “Normally, I do videos on how to replace a brake pad.”

The 21-minute video not only shows the manufacturing process, but also the testing procedures performed on a dynamometer and a test vehicle. The video also shows a salt-spray test that simulates two months on salty roads in just one day.  “I want to thank NRS Brake for making this possible,” said Fix. “They shut down parts of their factory so I could film the video.”

‘How Brake Pads Are Made’ Video Reaches 1 Million Views