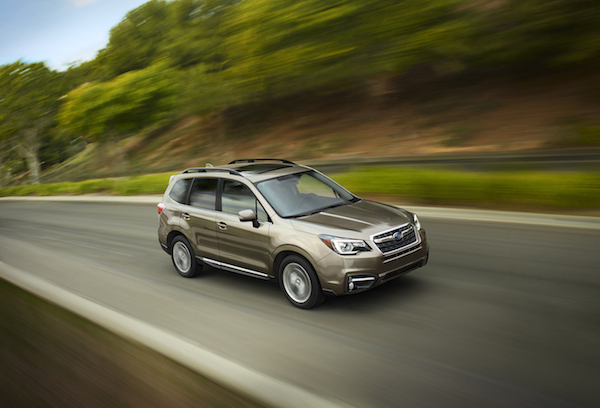 I set my car’s speed and desired distance between the vehicle in front of me as I got on to the highway, and didn’t use my brake or gas pedal for the next 30 miles. 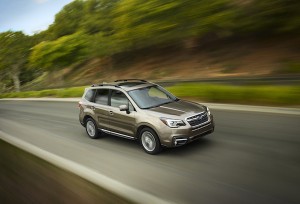 I’ve written several columns about the future of autonomous driving, how one day we’ll get in a vehicle, tell it what to do and sit back and relax while the car does the driving. I’ve also written how this reality seems to be coming closer than anyone thought before.

So on a recent commute here to Babcox Media, I set my car’s speed and desired distance between the vehicle in front of me. I did this as I got on to the highway and didn’t use my brake or gas pedal for the next 30 miles. How did I do that? I leased a new Subaru with an EyeSight system. I figured since I’m writing and talking about autonomous vehicles so much, I might as well use one daily to see what it’s all about and hopefully understand the challenges the aftermarket will face as they gain wider acceptance.

In reality, the EyeSight system gives Subaru semi-autonomy. You can’t just get into the vehicle and it does the rest. But what it does is amazing.

On that recent morning, I used Subaru’s adaptive cruise control, also known as autonomous cruise control. With Subaru, it’s a system where stereo cameras situated near the rear-view mirror monitor vehicles up ahead and the car reacts to what vehicles ahead of it do. The system will throttle the engine if need be. It also will apply brakes to avoid a collision. EyeSight has pre-collision warning, braking, throttling, as well as warnings for lane departure.

On the commute home on the first full day I had the car, I took an off-ramp where traffic quickly merges. It’s a real mess, almost like the streets in and around Boston, where I lived a short time. I had the adaptive cruise control off. As I’m looking in the left lane (which is on a bridge), the screen above the steering wheel quickly flashed red, sounded an alarm and the car’s computers quickly applied the brakes. It was instantaneous.

What shocked me was how quickly the computer took action. (Or more to the point, how a human can’t possibly react as quickly as a computer in a realm where humans have been in control of vehicles for decades.)

The system “saw” the vehicles stopping ahead, made its quick calculations, bringing the car to an abrupt halt. You wouldn’t want to rely on this type of braking for anything except an emergency, a last-ditch effort to avoid a crash. It’s quick, blunt and if you have a Starbucks cup in your hand, you and your passengers may be bathed in coffee. It may not feel good but it gets the job done.
Various automakers have had some version of adaptive cruise control going back 20 years or more. But only recently has this level of semi-autonomy been made available as an add-on for a few thousand bucks. My next real-world test was in and around the streets of Washington, D.C.

Whereas on the first day I used the system, my palms were sweaty because I didn’t really know what would happen, I was getting more comfortable with idea that a computer was doing much of the work.

I Finally Went Autonomous... Well, Almost (In A Subaru)