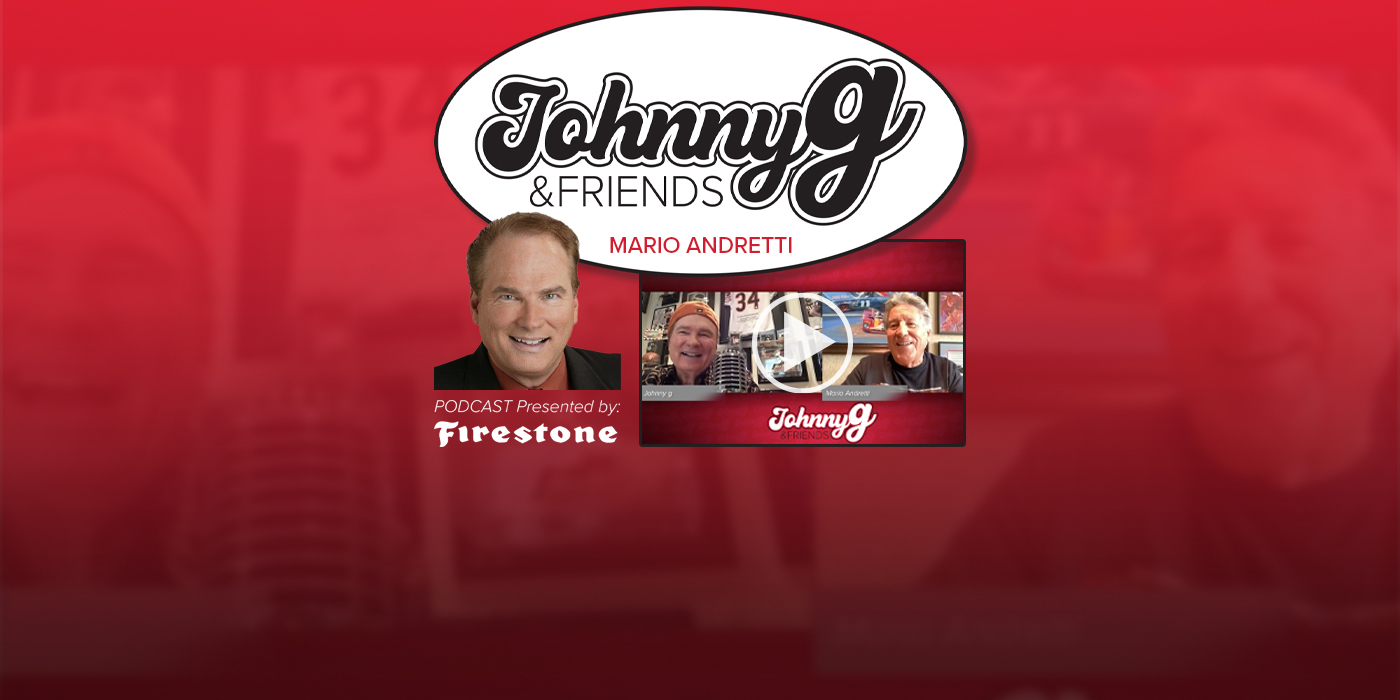 In “Johnny g & Friends,” guests share their secrets to success and revel in the memories they’ve made along the way.

With more than 50 years in the tire industry, retired Bridgestone-Firestone executive John Gamauf has stories you won’t believe. He has busted tires, survived the largest tire recall in history, traveled the world and made plenty of friends along the way. His friends in the aftermarket call him “Johnny g.”

In “Johnny g & Friends,” guests share their secrets to success in the aftermarket and revel in the memories they’ve made along the way.

In the inaugural episode of “Johnny g & Friends,” meet Mario Andretti. Let’s be honest, you already know this living legend. He’s a racing icon. He’s won the Daytona 500, the Indy 500 and a Formula One World Championship. Some would argue he’s the best racecar driver in history. But, do you know how he’s impacted the evolution of race tire technology? Or his stories from the finish line at IndyCar races?

Look for more episodes of “Johnny g & Friends” the first Tuesday of every month on tirereview.com.