SOUTHFIELD, Mich. — Kevin Harvick and the Champion spark plug-powered No. 29 Bell Helicopter Chevrolet SS drove through a pack of six cars off the final restart and pulled away to win Saturday night’s Toyota Owners 400 NASCAR Sprint Cup race at Richmond (Va.) International Raceway. It was the 20th Sprint Cup victory and third on Richmond’s .75-mile track for Harvick, the spokesperson for Federal-Mogul’s “Performance Driven” Champion brand. 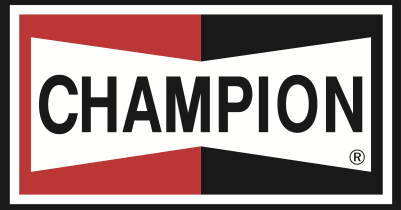 After starting 17th, Harvick ran most of the night in the top 12 and was clocked as the fastest driver in traffic. The Richard Childress Racing-owned Chevy SS used lighting-fast throttle response and four new tires to overpower the leaders over the final five laps and pull away for a 0.343-second margin of victory. The win elevates Harvick to ninth in Sprint Cup points heading into next weekend’s Aaron’s 499 at Talladega (Ala.) Superspeedway.

“Kevin had a fast racecar all night but it looked like he found another gear on that last restart,” said Federal-Mogul Director of Motorsports Tim Nelson. “This win is another demonstration of the value of running with the industry’s best ignition technology. We’re proud to join Kevin in another great win for the RCR team and Champion spark plugs.”

As official spokesperson for the Champion brand, Harvick supports several innovative programs designed to introduce the brand’s latest technologies to millions of racing enthusiasts and consumers, including the popular “Search for a Champion” sponsorship contest. One of the world’s most recognized and respected brands, Champion today represents an extensive offering of advanced products, including world-class Champion spark plugs, Champion wiper blades and Champion chemical additives for automotive and small-engine applications.

For additional information regarding Champion spark plugs and related products, visit www.AlwaysaChampion.com. To find the right Champion plug for any engine, simply log on to Federal-Mogul’s convenient www.FMe-cat.com electronic catalog.

In November, applications for Automotive Aftermarket Charitable Foundation (AACF) aid increased 90 percent in the wake of the unprecedented wildfires in California.

Subaru of America, the major automobile manufacturing division of Fuji Heavy Industries Ltd. Of Japan, implements an annual supplier rating program to monitor and improve the supplier base in order to maintain the highest quality of products and service.