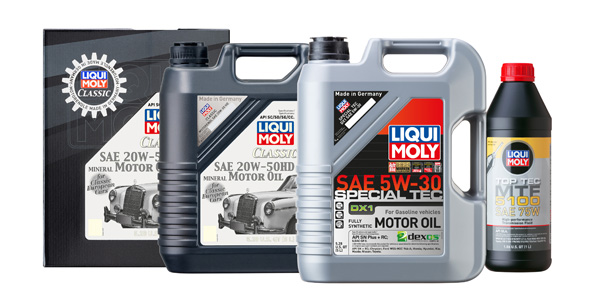 LIQUI MOLY will present a range of new oils and additives at AAPEX 2018 as well as the 2018 SEMA Show.

“We are happy to make the effort to exhibit simultaneously at both trade fairs in Las Vegas,” said Sebastian Zelger, director of LIQUI MOLY USA. “Every trade fair addresses a different target group and this allows us to reach everyone.”

New products on display will include:

LIQUI MOLY’s U.S. sales are booming. In the first six months of the year, sales were up over 40 percent compared to the first half of 2017, according to the company. LIQUI MOLY has made massive investments in the U.S. market, more than doubling its personnel there over the last two years.

“We will further expand our range in North America, so that we become here what we have already long been in our domestic market of Germany: a full-range retailer for automotive chemicals,” Zelger said.

The SEMA Show takes place from Oct. 30 through Nov. 1 at the Las Vegas Convention Center. LIQUI MOLY will be in the Performance Pavilion at booth No. 51017.