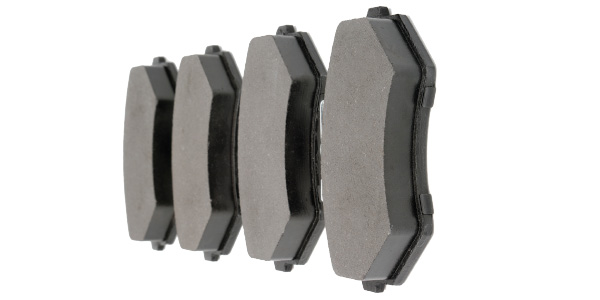 Why the change? Back in 2010, California and Washington passed similar versions of a “Better Brakes Law” that called for reducing the amount of copper, asbestos and other heavy metals in automotive brake linings. Brake dust containing these materials can wash off roads and pollute nearby lakes and streams. The contamination can be toxic to aquatic life (fish and frogs), and it can end up in urban water supplies. Since most people don’t like the idea of having heavy metals or asbestos in their drinking water, the law was passed to reduce this source of pollution.

It was immediately obvious to brake manufacturers that having to create different friction materials for sale in California and Washington would complicate their product distribution and development. It also seemed likely that other states would soon follow suit with similar laws. So rather than have a patchwork of different brake laws in different states, the brake manufacturers got together with the U.S. Environmental Protection Agency in 2015 and signed a memorandum that said the brake manufacturers would voluntarily adopt the Better Brake rules for all future products to be sold in all U.S. states.

Fast forward to today. The brake manufacturers have moved rapidly to develop, test and introduce new low-copper and no-copper friction materials way ahead of the Better Brake deadlines. The rules say by 2021 all brake pads and shoes must contain no more than 5 percent copper by weight. The same rules also limit asbestos, chromium, lead and mercury to less than 0.1 percent by weight, and cadmium must be less than 0.01 percent. By 2025, the copper content must be further reduced to less than half a percent (0.5 percent).

Copper has long been used in many friction materials because it is a good conductor of heat. This helps cool the pads, stabilizing the friction characteristics for more consistent braking and reduced fade. It also helps reduce noise. And it has been especially important in disc brakes pads because disc brakes typically run twice as hot as drum brakes due to higher clamping loads and a smaller surface area contacting the rotors compared to brake shoes rubbing against a drum.

The brake manufacturers are way ahead of the game with many low-copper and copper-free product lines already on the shelf. In fact, some suppliers have always been copper-free. These next-generation friction materials are mostly being marketed as “premium” replacement pads, and are as good or better than the ones they replace. Some are significantly better in terms of stopping power, fade resistance, wear and noise reduction.

As time goes on, there will be less and less of the old high-copper product on the shelf and more and more of the new low-copper and zero-copper taking its place. Eventually, all of the old product will go away, and every brake pad and shoe will be low- or no-copper.

Compliance with the new rules is being verified by laboratory testing using SAE guidelines (J2975 or other standardized test protocols), and is being certified by AMECA.

Compliant products can be identified by the “LeafMark” graphics on the box: