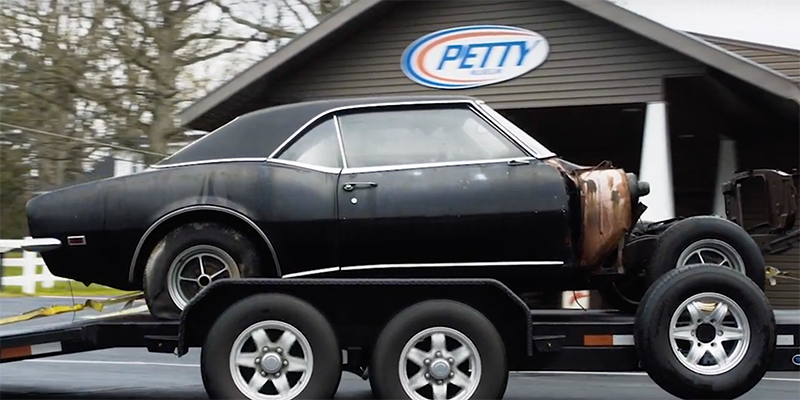 The custom-built, one-of-a-kind Camaro will serve as the grand prize in the 2018 MAHLE “Drive with the Original” Technician Promotion. 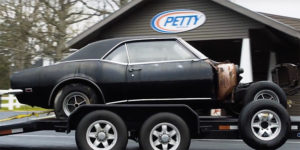 MAHLE Aftermarket and the team at Petty’s Garage in Level Cross, North Carolina, have launched a new series of online videos highlighting the build of a 1968 resto-mod Chevy Camaro.

The custom-built, one-of-a-kind Camaro will serve as the grand prize in the 2018 MAHLE “Drive with the Original” Technician Promotion.

The video series, featured on YouTube, Facebook and Instagram, documents the journey of this rare ’68 Camaro with Rally Sport option as it arrives at Petty’s Garage. The car was towed from a field in Martinsville, Virginia, less than 100 miles from the Petty facility in Level Cross, North Carolina. Showcasing the run-down condition of the soon-to-be classic, the series highlights the extensive restoration process, all the way through to its completion in time to be awarded as the grand prize to a lucky technician at AAPEX 2018.

Short videos with quick highlights of the build provide the viewer with a glimpse of the Petty’s Garage team as they work through the restoration process. Longer, documentary-style videos in the series offer a more in-depth look at the build, featuring interviews with MAHLE and Petty’s Garage experts. “The King,” Richard Petty, also makes several appearances throughout the video series.

“The evolution of this build was something we had to capture on film – there was no doubt in my mind when I saw what the Camaro looked like coming in from Martinsville,” said Jon Douglas, president of MAHLE Aftermarket. “To watch the process unfold over the past several months has been absolutely astonishing. And we are very excited to have produced this video series so that we could share the highlights with everyone.”

The series captures all of the excitement of the build and will culminate with a video of “The King” Richard Petty handing off the Camaro keys to Jon Douglas. After this, the car will be headed for Las Vegas to be on display in the MAHLE booth (# 2661) at AAPEX 2018. The car will be awarded to one of four finalists in the “Drive With the Original” Technician Promotion on the opening day of the show, Tuesday, Oct. 30.

Advertisement
In this article:AAPEX, MAHLE