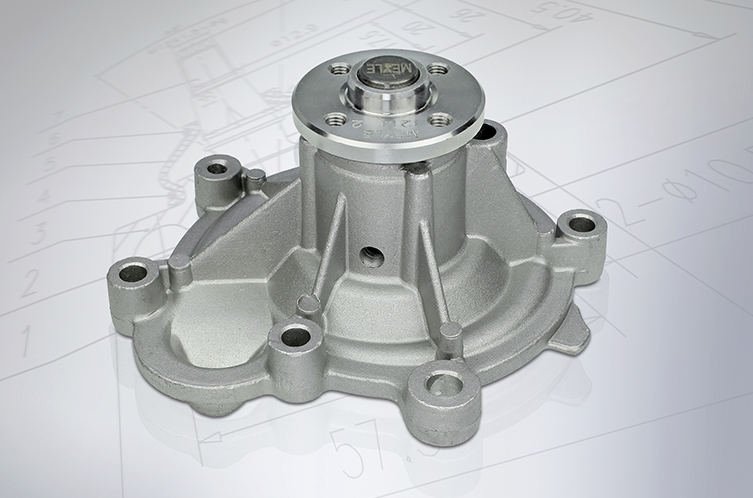 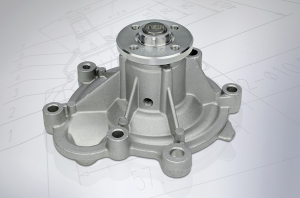 HAMBURG, Germany — MEYLE has launched a quality campaign to demonstrate that water pumps can be designed to last longer. To achieve this, the Wulf Gaertner Autoparts AG’s team of in-house engineers has scrutinized defective parts to pinpoint the root cause of premature water pump failure. Based on these findings, MEYLE water pumps have been redesigned to feature mechanical seals based on silicon carbide.

Silicon carbide is a material distinguished by its extraordinary hardness compared to conventional standards on the independent aftermarket, thereby delivering extraordinary durability and increased service life while minimizing friction. Leading car manufacturers also rely on the seal type which is now fitted in around 40 percent of the MEYLE water pump range. In addition to the specified MEYLE guarantee period, the company offers a minimum service life guarantee for MEYLE passenger car water pumps of 100,000 miles or 160,934 kilometers.

A defective water pump can eventually destroy the engine. To protect repairers and customers against this worst-case scenario, the team of dedicated in-house engineers at Hamburg manufacturer Wulf Gaertner Autoparts has made further refinements to MEYLE water pumps: Already, 40 percent of the MEYLE water pump range have been re-engineered to feature the new seal type which offers a level of quality above and beyond what is typically available on the independent aftermarket and is the technology of choice used by leading vehicle manufacturers, the company says. The distinguishing feature of this high-performance seal is the SiC/SiC (silicon carbide) sliding face material pairing. Compared to conventional carbon- or hard carbon-based seals, silicon carbide provides almost the same hardness as a diamond, making the seal less vulnerable to contaminated coolant. Its exceptionally narrow sealing gap of approx. 1μm effectively reduces the number of critical particles penetrating the sealing gap. Any tiny contaminants trapped between the sealing faces are ground down to minute particles, eliminating any risk of early part failure.

Since January 2015, six new water pumps types in MEYLE-HD quality have been available to fit a wide variety of VW applications. Distinguished by the “Made in Germany” quality seal the parts have been re-engineered to meet MEYLE-HD performance standards, which is why they come with the usual four-year MEYLE-HD guarantee period.