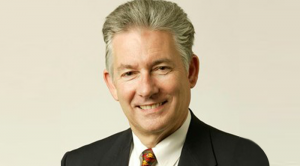 David Prater was appointed interim president until a membership election takes place at the Fall Membership Meeting. Lambert will remain with the Network in an advisory position until he retires later this year.

GERMANTOWN, Tenn. – After 20 years as president of the Automotive Distribution Network, Mike Lambert announced his retirement at the Network’s Spring Membership Meeting last week. David Prater was appointed interim president until a membership election takes place at the Fall Membership Meeting. Lambert will remain with the Network in an advisory position until he retires later this year.

“I’m proud of all the accomplishments we have made together as a group,” said Lambert, who joined the Network in 1989 as director of product strategy. “Shortly after I was named president in 1995, we lost our largest member. Since that time, the Network has seen unprecedented growth nationwide, with 35 members joining the group under my watch over the past two decades. This business is all about relationships, and I’m pleased to walk away at this time with many wonderful friendships that will stay with me. There’s no one more qualified than David Prater to assume my role as president.”

The Network’s executive board has named Prater the interim president of the Network, effective May 1. The Network’s Bylaws call for a full membership election at its Fall Membership Meeting. Prater started with Parts Plus in 1984 and held several roles with the company before eventually succeeding Lambert as director of product. Prater was promoted to senior vice president in 2010.

“Having worked closely with Mike for so many years, I am very familiar with the challenges that come with the job of Network president,” Prater said. “I want to thank Mike for 26 great years working together to help grow the Network. I plan to continue the successful strategies that have characterized Mike’s term as president and look forward to the future of the Network.”