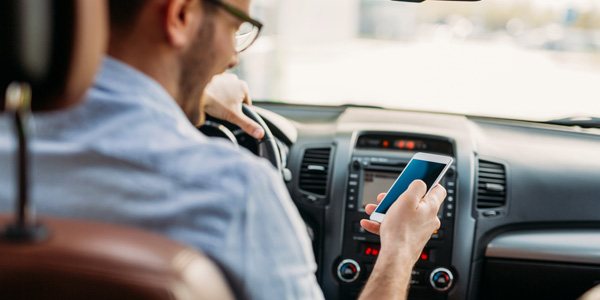 April is Distracted Driving Awareness Month, and a new survey finds 55 percent of U.S. drivers admit to checking social media while behind the wheel.

The survey results are detailed in DriversEd.com’s “Distracted Driving and Social Media Report.”

“There’s no way around it: The data is startling,” said Laura Adams, safety and education analyst at DriversEd.com. “I wish I could say the solution is as simple as parents talking to their teen drivers about the dangers of distracted driving. But parents are also the ones checking their Facebook, watching YouTube videos and recording Instagram videos. We are in an ever-growing distracted driving crisis, and the consequences are deadly.”

Adams added: “For many drivers, health and safety takes a backseat to their likes and shares.”

Among the study’s findings:

“Stuck in traffic. Waiting at a stop sign. Stopped at a red light. These are all situations where many drivers think it’s safe to send that text or scroll through their social feed – but the realities of the road say otherwise,” said Adams. “Pedestrian deaths, which are currently at a 30-year high, often occur at intersections and crosswalks as the result of a driver being distracted.

“There are many tips and techniques that drivers can implement in order to counter distracted driving. However, the first – and often most difficult – step for any driver is acknowledgement of the problem. After that comes the solutions. At DriversEd.com, we are committed to spreading awareness of this perilous issue and educating people on safe, smart driving behaviors, which include putting your phone away while behind the wheel.”

Advertisement
In this article:DriversEd.com, Lyft, Uber