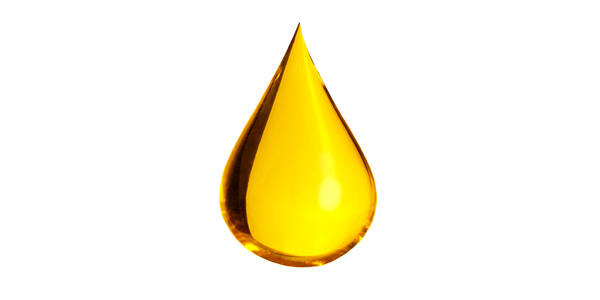 The addition of SN Plus happened because GF-6 was going to take a while to complete.

Since October 2010, GF-5 has been the International Lubricant Specification Advisory Committee’s standard for passenger-car engine oils. With the next standard – GF-6 – still in development, the American Petroleum Institute (API) adopted SN Plus in 2017 to address low-speed preignition (LSPI) issues.

Back when GF-5 first hit parts retailers’ shelves, direct injection was found only in diesel engines – not gasoline or turbocharged gasoline engines. That’s not the case today, as gasoline direct injection (GDI) and turbocharged gasoline direct injection (TGDI) are becoming increasingly common. While OEMs have made strides in improving fuel economy and reducing emissions, the side effect of this technology is a condition that can prematurely destroy these engines. LSPI is an abnormal combustion event that takes place under low speeds and high loads, and OEMs and oil companies are still studying the exact causes.

“I know from my colleagues in the R&D department that the problems with LSPI are still not fully understood,” says Peter Szarafinski, head of media relations international for Ulm, Germany-based LIQUI MOLY. “So, the formulation of the engine oil can help to remedy the problem – at least a little bit – but it’s not fully understood. It’s more or less a problem of the engine design and not the oil itself. But the engine oil is one of the many screws you can try to turn to get rid of the problem.”

The addition of SN Plus happened because GF-6 was going to take a while to complete. OEMs felt they needed to address LSPI sooner than later, and the LSPI tests will be carried over to the new-specification oil tests.

According to API’s Kevin Ferrick, LSPI required more new tests than the previous oil grade. In the upcoming GF-6 specification, several tests will be reset with modern-model engines that are more similar to what are found on the road today. Timing-chain wear and LSPI are the two primary concerns, and the latter has been added to SN Plus already.

There is a higher risk of LSPI with blends that use calcium as an additive, which is in a lot of SN oils to keep pistons and turbos clean. SN Plus reduces the calcium level and adds magnesium to help provide the same level of cleaning action for pistons and turbos.

There also are some additives on the market to help reduce carbon deposits, which is another problem resulting from GDI/TGDI engines, and they can be used in addition to SN Plus.

“We have a new product for intake-valve-deposit cleaning, especially in GDI engines: Deep Clean GDI,” says Greg Hewgill, technical director for Lucas Oil Products. “It comes in an easy-to-use aerosol can. We will soon launch SN Plus motor oils, both synthetic and conventional in various viscosity grades, as it is the best oil to mitigate LSPI.”

SN Plus, Hewgill adds, also addresses chain-wear issues, which have been a problem on high-mileage chain drives. As of this writing, Hewgill says it’s too early to comment on Lucas Oil’s SN Plus plans, but they’re in the works as the industry gets ready for GF-6 standards. “GF-6 is kind of late to the party. We’ve been with GF-5 for nearly nine years – longer than most periods between new production-car motor-oil standards.”

Oil manufacturers and API say SN Plus requires a high-quality base oil. This means full synthetic or a synthetic blend in most cases, because mineral base oils are more volatile and can lead to further LSPI problems. “API SN and SN Plus focus on lower viscosities like 5W-20 and 5W-30, which you cannot achieve with traditional mineral base oils (Group I),” Szarafinski explains in an email. “You need at least Group II base oils that are chemically still mineral base oils but are marketed in the U.S. as ‘synthetic blended’ oil, or Group III (hydrocracked fully synthetic oil), which, in some cases, have surpassed the traditional synthetic base oil of group IV (PAO).”

The shift toward full synthetic is ongoing, and by the time GF-6 gets introduced, virtually all modern motor oils will be synthetic. European OEMs have gone to full synthetic oils, and some already include tests for LSPI, but not all of them yet. “Many of the European OEMs – Mercedes and BMW, for instance – have incorporated LSPI tests in their specifications,” Szarafinski notes. “Beyond that, the next European Automobile Manufacturers’ Association specification is expected in 2020 and will include LSPI tests.“

Advertisement
In this article:API SN PLUS, Gasoline Direct Injection, Technical