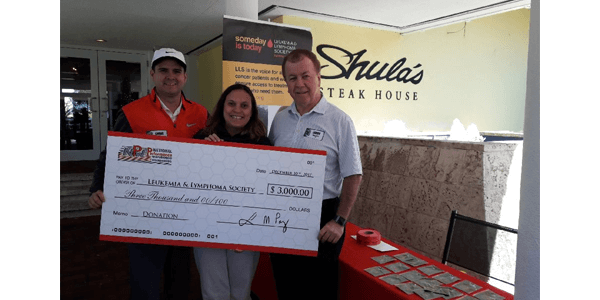 NPW’s customers and vendor partners enjoyed the camaraderie of a day on the links, benefiting the Leukemia & Lymphoma Society. 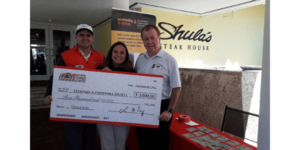 National Performance Warehouse Companies for the 28th year attracted golfers and a few shankopotamus’ from NPW’s customers and vendor partners to enjoy the camaraderie of a day on the links benefiting the Leukemia & Lymphoma Society.

While most of the country was in a cold spell in December, the sun was shining in South Florida. The course played was the well-known Senator’s Course designed in 1962 by Bill Watts. NPW moves the play around South Florida to offer its supporters the opportunity to play the best courses and keep the venues exciting.

Following the tournament, an event was held at the original Shula’s Steak House founded by “The Coach” Don Shula of the 72 Dolphins. Following cocktails and dinner, awards, recognition and door prizes were presented. The team from WAI consisting of Doug, Seth and Ryan Moul, and Patrick Nichol won the event with the low score of 61.

“We are very grateful for the support of our sponsors who make this event possible. We certainly know that both our customers and our suppliers create business opportunities here as well as friendships as they spend time outside the normal business process,” said Larry Pacey, president and CEO of NPW. “We are also glad to have the proceeds benefit the Leukemia & Lymphoma Society. We look forward to our 29th event next December.”