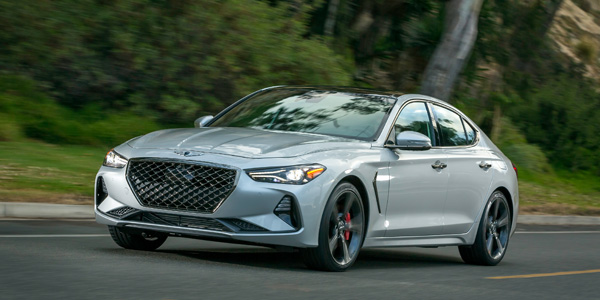 Genesis, the luxury division of Hyundai, ranks No. 1 in the J.D. Power 2018 U.S. Initial Quality Study.

New-vehicle quality has improved for the fourth consecutive year – by 4 percent from 2017 – and has reached its best level ever, according to the J.D. Power 2018 U.S. Initial Quality Study (IQS).

Initial quality is measured by the number of problems experienced per 100 vehicles (PP100) during the first 90 days of ownership, with a lower score reflecting higher quality. In this year’s study, quality improves across six of the eight categories measured, with 21 of the 31 brands included in the study improving their quality from 2017, according to J.D. Power.

“There’s no question that most automakers are doing a great job of listening to consumers and are producing vehicle quality of the highest caliber,” said Dave Sargent, Vice President of Global Automotive at J.D. Power. “That said, some vehicle owners are still finding problems. As vehicles become more complex and automated, it is critical that consumers have complete confidence in automakers’ ability to deliver fault-free vehicles.”

Of the eight categories measured, vehicle exterior improves the most, now at 15.2 PP100, compared to 16.6 PP100 in 2017. Improvements include less wind noise and fewer paint imperfections.

This is the first time that three Korean brands are at the top of the overall ranking, and it’s the fourth consecutive year that Kia is the highest-ranking mass-market brand.

The Porsche 911 has the lowest overall problem level (48 PP100) of any model this year.

The parent company receiving the most model-level awards for its various brands is Ford (five awards), followed by Hyundai (four) and BMW, General Motors and Nissan (three each).

As automakers add more advanced driver-assistance systems to their vehicles, more consumers are experiencing problems. The level is still low (3.5 PP100 on average) but has been increasing by about 20 percent a year for the past three years, according to J.D. Power

“As we look to the future, avoiding problems with safety and driver-assistance technology is critical,” Sargent said. “In an era of increasingly automated vehicles, vehicle owners have to be comfortable using foundational technologies like lane-keep assistance and collision avoidance. Otherwise, automakers will not easily overcome consumer resistance to fully automated (driverless) cars.”

Advertisement
In this article:Hyundai, Kia