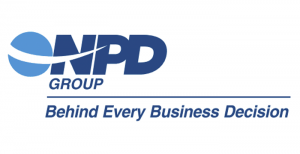 According to David Portalatin, executive director, automotive aftermarket industry analyst, key indicators such as miles driven and good weather trends are keeping the industry on its upward climb.

“Looking at the automotive aftermarket industry, the overriding fundamentals remain: people are driving more, the weather is favorable for maintenance and appearance and the industry has experienced dollar growth for each month of 2015 thus far. Whether it is an aging vehicle or brand new car, the categories supported by these vehicle segments are experiencing strong growth*,” Portalatin wrote in his most recent report.

Dollar sales of performance chemicals, a category traditionally driven by aging vehicle maintenance, grew 6 percent in August. Complete fuel system cleaners grew 8 percent – a major contrast to what has been seen over the past year, NPD says. Other top growing segments include power steering fluid, oil stabilizers and brake cleaners, which contributed a combined $1.2 million in growth to the category.

Up 12 percent, the air fresheners category ranked No. 1 for dollar volume growth in August, according to NPD research. Vent/clip-on fresheners grew 21 percent and contributed the bulk of the dollar growth.

Items within the refrigerants and accessories category were heavily promoted all summer. The category overall experienced an 11 percent lift in dollar sales. In particular, A/C charging kits grew 12 percent and contributed nearly half of the total dollar volume gains for the category in August.

“Old, new, clean, cool … Regardless of what phase your vehicle is in, a positive story continues to be told for various automotive aftermarket categories,” Portalatin wrote.