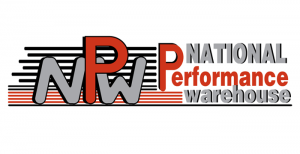 More than 150 suppliers and invited guests attended the event this year.

MIAMI — Santa Clara Convention Center in Santa Clara, Calif.,  was the setting for the 6th CARS Expo appreciation and recognition evening. More than 150 suppliers and invited guests attended the event this year, which was held in the Mission City Ballroom of the facility.

The event opened with a cocktail reception followed by a buffet dinner.

Finally,the Hall of Fame awards for 2016 went to Don Smithand Mike Parrish. Smith of High Performance Distributors and PWA fame also has garnered many SEMA accolades in his 40-plus years as an industry leader. Mike Parrish of Parrish Auto and Machine in Sacramento is a pioneering engine builder with more than 40 years of accomplishments in business and the engine market.

The affair ended with NPW CEO Larry Pacey expressing thanks for the suppliers support, recognizing the award winners and expressing his thoughts on the show and announcing that the 2017 CARS Expo would be April 8-9 at the Santa Clara Convention Center.