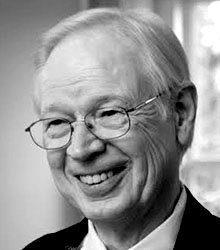 Bob Susor reached the pinnacle of his profession when he was named president of NAPA in 2004, where his responsibilities included sponsorship of two-time NASCAR Daytona 500 champion Michael Waltrip’s team, and travel to Mexico, Canada, Australia and China on company business until his retirement in 2010 after 43 years with the company.

Steve Handschuh, president and CEO of MEMA, released a statement regarding the recent passing of Bob Susor, the retired president of NAPA:

“Bob Susor’s passing is a tragic loss to his wonderful family and his many friends. Our industry has lost one of its finest leaders, a man universally respected for his relentless commitment to Genuine Parts Co. (GPC), his humor and his integrity. In supplier negotiations, he could be tough but was always fair. I had the good fortune to have worked side-by-side with him for many years at GPC and learned much from him. Bob was a trusted colleague and valued friend to many of us and he will be deeply missed.”

Robert was born in 1945 in Toledo, OH, the oldest son of Robert L. Susor and Myrtle I. Alexander, who both predecease him. After graduating from Clay High School in 1963, Bob attended The Ohio State University until he was drafted into the U.S. Army. He served in combat as a mortar squad infantryman in the 4th Infantry Division/10th Calvary Regiment in Vietnam in 1969, earning the rank of Sergeant E5 before his honorable discharge in 1970. After his return home, Bob married Lindsey Cook of Circleville, OH in 1971, to whom he remained lovingly married for over 44 years until his death.

Bob was a brilliant and successful business executive, rising from an entry level position at the NAPA Auto Parts warehouse in Columbus, OH in 1968 through a series of promotions to various sales and marketing positions with the company in Richmond, VA, Cleveland, OH, and Atlanta, GA, before being named Division Vice President for Western Canada in 1983 in Calgary, Alberta, transforming that operation into one of the company’s most profitable divisions before returning to Atlanta in 1989.

Bob reached the pinnacle of his profession when he was named President of NAPA in 2004, where his responsibilities included sponsorship of two time NASCAR Daytona 500 champion Michael Waltrip’s team, and travel to Mexico, Canada, Australia, and China on company business until his retirement in 2010 after 43 years with the company. Bob enjoyed Ohio State Buckeyes Football, fishing, snow skiing, 1960s American muscle car restoration, NASCAR, listening to country music, and spending time with his family.

Interment was at the Georgia National Cemetery in Canton, GA. In lieu of flowers, the family requests donations in memory of Bob to The Ohio State University Stadium Scholarship Fund, or to the Winship Cancer Institute at Emory University. Online condolences may be made at hmpattersonspringhill.com