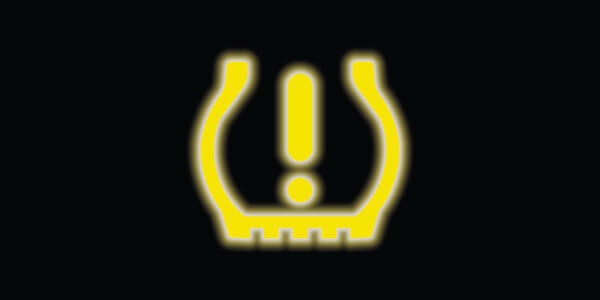 The service life of a TPMS sensor battery is roughly equal to that of the tread life of the original equipment tires. 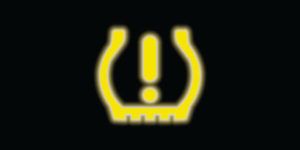 Tire Pressure Monitor Systems have been around since the 1990s on older Corvettes and Cadillacs with run-flat tires, and has been mandatory on all passenger cars and light trucks since model year 2008.

TPMS systems are mostly maintenance-free – that is, until a sensor fails and has to be replaced. The little lithium ion button batteries inside TPMS sensors typically last 5 to 10 years, with 7 years being the average for many. Battery life depends on miles driven. The more miles a vehicle racks up every year, the more signals the TPMS sensors broadcast while the vehicle is being driven. The sensor only generates a signal at preset time intervals (30 to 60 seconds or longer) to conserve battery life. Because of this, the sensors in high annual mileage vehicles usually fail before those in vehicles that are driven fewer miles each year.

TPMS sensors can also fail at any time as a result of physical damage or corrosion. Some of the original equipment TPMS sensors on Asian makes have had a severe problem with corrosion of the aluminum stem. After a few years exposure to road salt, corrosion may cause the valve stem to suddenly break off.

The service life of a TPMS sensor battery is roughly equal to that of the tread life of the original equipment tires. A good set of tires should last 60,000 to 80,000 miles, so by the time the vehicle needs new tires it also needs new TPMS sensors – even if the original sensors are still functioning normally.

The reason why TPMS sensors should be replaced when a new set of tires is installed is because the sensors likely won’t last until the next tire replacement. They might go another year or two, or they might not. But it is highly unlikely they will last another 5 to 7 years.

A TPMS sensor also may need to be replaced if it is damaged while dismounting or mounting a tire on a rim. If a sensor is removed from a wheel temporarily for tire service, or installed in a different rim, and it is a clamp-on style sensor with a hex nut and grommets at the base, a new nut and grommets must be used to reduce the risk of air leaks. Service kits are available for this purpose that contain new grommets, hex nuts, valve cores and caps.

When TPMS was initially introduced by the vehicle manufacturers, they did their best to really complicate things for the aftermarket with a proliferation of different sensor designs and types. In recent years, aftermarket suppliers have overcome this issue with various “universal” sensors that fit a wide variety of applications. This greatly reduces the number of SKUs needed to cover the market, and it simplified replacement for installers.

Although some TPMS systems can self-learn the position of the individual wheel sensors, many have to be programmed with a special TPMS tool after sensors have been replaced so the TPMS control module will know which wheel sensor is which. This is essential on vehicles that actually display individual tire pressure readings on the instrument panel. On vehicles that only give a general low tire pressure warning (no individual tire pressure readings or positions), sensor locations usually don’t matter. The driver will have to figure that out which tire is low by checking each tire with a pressure gauge.

Snap-in TPMS sensors that have a rubber stem are as easy to replace as any conventional valve stem. No special tools are needed. But hex nut stems do have to be carefully tightened to specific value with an accurate inch-pound torque wrench or TPMS valve stem tool.