PORTER, Texas – Premium synthetic lubricant manufacturer Royal Purple will serve as the exclusive oil and lubricants sponsor for the Red Bull Global Rallycross Supercar and Lites series through 2015. The multi-year agreement is an extension of their previous partnership established in 2013, and includes an option for renewal through 2016. 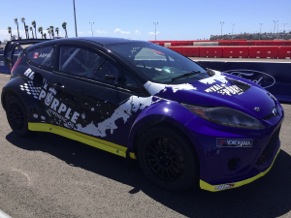 “Our partnership with the Red Bull Global Rallycross allows us to tap into the fastest-growing broadcast and spectator fan base in the industry. Most importantly, we further extend Royal Purple’s brand awareness by demonstrating our products’ outperformance benefits on the track,” said Bryan Yourdon, Royal Purple president.

“Royal Purple has been a key partner to the series since the start of the 2013 season,” said Colin Dyne, Red Bull Global Rallycross CEO. “We are happy to call them part of the Red Bull GRC family, and look forward to our biggest and most exciting season yet.”

The 2014 Red Bull Global Rallycross season opens on May 17-18 at Top Gear Festival Barbados and returns to the United States on June 7 as part of X Games Austin.