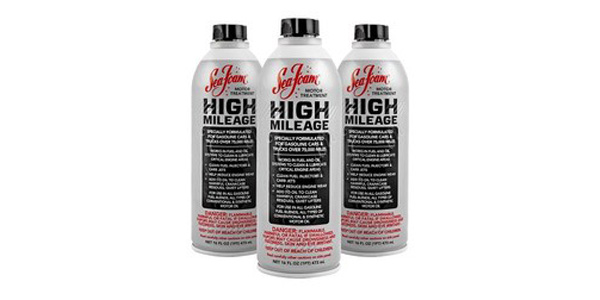 Sea Foam’s new High Mileage fuel and oil treatment is specially formulated to help vehicles with more than 75,000 miles run stronger, cleaner and longer, according to the company.

With the average age of U.S. cars and trucks hovering near 12 years, high-mileage engines are commonplace. Just as common are the many problems those engines face, such as worn components, oil burning and rough performance.

“It’s no secret that engines lose performance over time for a number of reasons,” said Mark Hanson, president of Twin Cities-based Sea Foam Sales Co. “But we can minimize that long-term wear with High Mileage, helping vehicle owners keep their cars and trucks running great and on the road for much longer than they might otherwise.”

Added to fuel, High Mileage works to clean and lubricate the entire fuel system, including commonly clogged injectors and carburetor jets. In oil, it works to remove harmful oil residues and deposits that can restrict oil flow and engine lubrication. The result is a cleaner, longer-lasting engine that is less prone to burning oil or running rough, according to the company.