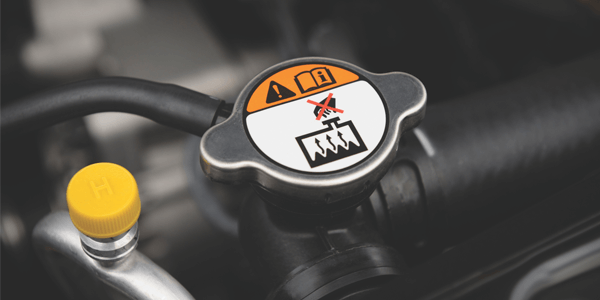 A coolant leak is bad news because any loss of coolant will eventually cause an engine to overheat.

One of the best money-saving products you’ll find anywhere are cooling system sealers. These products can generally seal small coolant leaks temporarily or even permanently depending on the location of the leak and its severity. A bottle of sealer often can provide a relatively inexpensive fix for what would otherwise be a major repair expense. 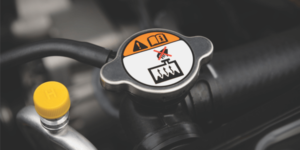 Cooling system sealers also can be used for preventive maintenance to stop small leaks before they turn into big ones. Engine rebuilders often place a small cube of sealer inside a freshly rebuilt engine’s cooling jacket to reduce the risk of any coolant leaks when the engine is installed in a vehicle. Many fleets also use coolant sealers on a regular basis for the same reason, to reduce the risk of leaks that could cause a breakdown and down time for a much needed vehicle.

A coolant leak is bad news because any loss of coolant will eventually cause an engine to overheat. Most late-model cooling systems have little reserve capacity, which means the loss of a quart of coolant may be enough to make an engine run hot and overheat.

It doesn’t matter where a leak occurs because coolant is constantly circulating throughout the entire system. It flows through the engine block and heads, hoses, radiator and heater core. The coolant is hot (180 to 200 degrees F) and is under constant pressure (usually 7 to 15 lbs. or more) so even a tiny pinhole anywhere in the system can spray out quite a bit of coolant in a very short period of time.

Most sealers are capable of slowing or stopping small leaks (smaller than about half a millimeter in size) almost anywhere in the system with one exception: the water pump shaft seal. Stopping a leak here is much more difficult (but not impossible) because of the rotation of the shaft and pressure against the seal.

Various chemistries and ingredients are used in sealers to stop leaks. Some contain chemicals that react with air and harden to plug a leak. Others contain small ceramic or metallic particles of aluminum, copper or iron, or even ground up almond shells that circulate with the coolant to mechanically plug small leaks. Some products also contain tiny ceramic fibers that essentially form a clot to seal a leak. Many of the heavy-duty head gasket sealers contain sodium silicate that hardens when it is pulled into a leak and exposed to the heat of combustion.

Many sealer products are simply added to the cooling system to prevent or stop an existing leak. Most recommend turning the heater to MAX so the product will circulate through the heater core. On some applications, a valve may close off the heater core when heat is not required.

Some of the head gasket sealers, on the other hand, require a more involved procedure such as draining and flushing the cooling system, temporarily removing the thermostat and refilling the system with water prior to adding the product. Some products require the engine be cold before the product is used. There also may be a time requirement for how long the engine should be allowed to run or idle with the product circulating inside the system.

The important point here is to always follow the instructions on the product to the letter. If the product is not used correctly, it may not seal the leak. Also, if a leak is too large or severe, it probably won’t stop the leak. Don’t expect miracles with these products. But if they can seal many small leaks if used properly and before the leak has grown too large.