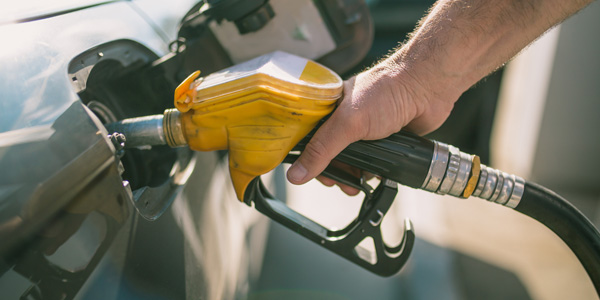 When fuel is ignited seemingly at random and without the aid of a spark plug firing, it’s called spark knock – which is another term for detonation.

When fuel is ignited seemingly at random and without the aid of a spark plug firing, it’s called spark knock – which is another term for detonation. It can occur anytime there’s too much heat in the combustion chamber.

Spark knock, aka detonation, is when spontaneous combustion occurs at multiple flame fronts simultaneously inside a combustion chamber. Detonation occurs because fuel is subjected either to too much pressure, too much heat or both. It usually happens during acceleration when the engine is heavily loaded, and cylinder pressures are at their peak.

Failing to change the engine oil and replace spark plugs at the correct service intervals can greatly increase the buildup of carbon deposits and promote spark knock. The type of driving and the type of fuel used also can play a role. Eventually, the engine will start to burn oil, building up more carbon and increasing the compression, making the condition even worse. If there’s a buildup of carbon deposits on the pistons and valves, some chemical additives are available to help clean them up and restore compression ratios to normal.

Most cars today are equipped with a knock sensor that will retard the timing just enough to prevent further detonation. But if the sensor has failed, it won’t matter. The sensor detects frequency vibrations that are the range of the sound of detonation. To test a knock sensor, tap a wrench on the manifold or cylinder head close to the sensor (be careful not to hit the sensor). The timing should change a few degrees when the engine is idling. If the timing doesn’t change, the sensor may have failed.

However, sometimes knock sensors react to sounds nearby in the engine instead. Some 5.3-liter and 6.2-liter GM engines have a known issue where the voltage from the transmission park/neutral signal bleeds into the knock-sensor circuit, resulting in a high-input DTC (P0333). This means the sound detected is out of range of the knock sensor, but it may point to other issues. Check the wiring harness and connectors for any corrosion or broken or loose wires.

Another way to prevent detonation is to use higher-octane fuel. Fuel with a higher octane number can counter detonation better than lower-octane fuel. An octane rating of 87 is not as resistant to detonation as 89- or 93-octane-rated fuel. Leaded fuel was an inexpensive way to prevent detonation, but it was a public health risk, so it was banned in the late 1970s. Today’s fuels are more refined to reduce detonation in the base gas. However, most refineries include octane boosters such as ethanol alcohol to meet octane requirements necessary to control detonation.

And finally, a lean air/fuel mixture can cause spark knock to occur due to additional oxygen being let in to the cylinder, either through a vacuum leak or faulty mass airflow sensor. The fuel injectors also could be clogged, or the fuel pump might not be pumping enough pressure into the fuel rail, allowing a lean fuel condition.

Keep in mind mild detonation isn’t destructive to the engine and can occur under certain conditions for which the knock sensor will react and back the timing out. But an engine that’s continuously knocking or pinging will create havoc inside and eventually lead to a catastrophic failure.